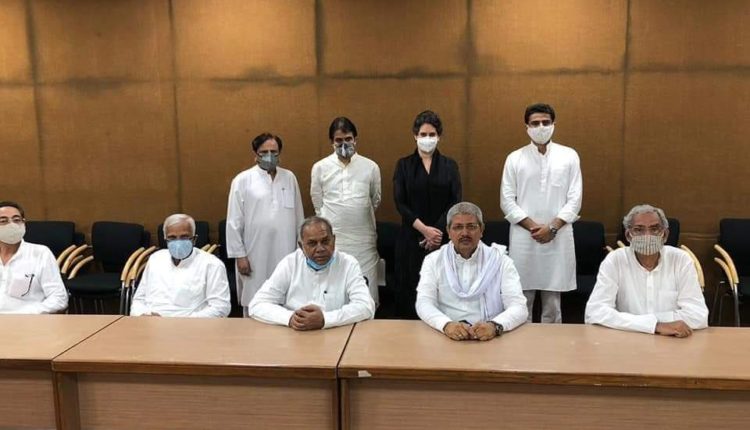 With BJP showing no interest to topple the Rajasthan Government in favour of Sachin Pilot (thanks to Vasundhara factor), Sachin Pilot had little options left. An honourable return for him is being worked out.

Sachin Pilot assured commitment towards Rahul Gandhi and Congress Party while a committee would be formed to look into his grievances. Some Pilot Camp MLAs would be accommodated in Gehlot Cabinet again. However, it’s not clear what role Pilot would be playing now as he has more enemies within the party now than ever.

Sources say Sachin Pilot has been assured of getting the command of Rajasthan Congress after Gehlot completes his term. It may come earlier too before the next assembly polls, if we believe the Congress insiders.

Rajasthan Crisis was a big test for Rahul Gandhi and his leadership ability was at stake. The “truce” meeting at his home in New Delhi, was a right step forward to avert the crisis as of now with Priyanka Gandhi Vadra playing the role of a troubleshooter. But, it would be interesting see how Gehlot vs Pilot battle shapes up in future.

Sachin Pilot emerged stronger saying he maintained from Day 1 that he would never join the BJP and stood vindicated in the end. “It was not never about a post, but self respect,” he said. However, in the current circumstances, he may be accommodated outside Rajasthan only. Let’s wait and watch…