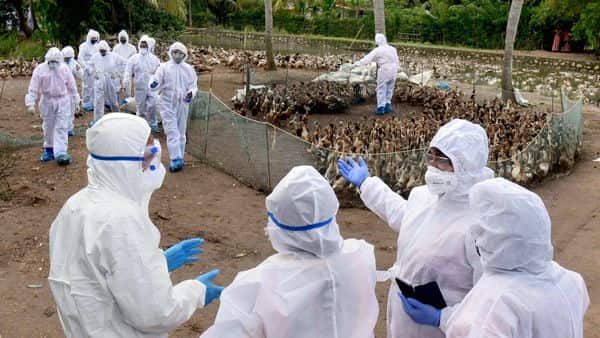 Amidst the coronavirus crisis, another major danger has emerged as Bird flu or Avian influenza. Delhi Animal Husbandry Department confirmed that the samples in Bhopal laboratory tested positive.  Reports suggest that 900 chickens are killed in the Muramba village, Maharashtra.

Bird Flu has captivated 9 states in India. Delhi and Maharashtra have joined the list lately. Delhi Animal Husbandry Director, Rakesh Singh confirmed that the samples tested positive for the same.

As a result, Maharashtra Chief Minister Uddhav Thackeray has called for an emergency meeting. He is willing to talk about the Bird Flu situation in the state. And how to curb it.

So far, 900 chickens have died in the Muramba Village, Maharashtra.

As the result of the Bird Flu crisis, Maharashtra Chief Minister Uddhav Thackeray has called for an emergency meeting.

Haryana Records The Most Bird Deaths

As per the reports, nine states have reported confirmed cases. It includes Gujarat, Haryana, Madhya Pradesh, Himachal Pradesh, Rajasthan, Maharashtra and Uttar Pradesh.  Along with the birds, the infection is also now found in cows.

Over four lacs birds have died in Haryana. It is the highest number across states.

Jammu-Kashmir and Chattisgarh are also on high alert.

In order to curb the spread of the flu, the authorities are removing the chickens and other birds from poultry farms. The farms range within 1km of the “infected zones”.

The central government has initiated a control room to monitor the same.