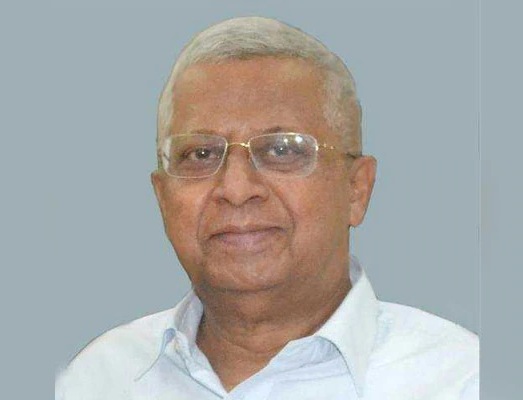 TNI Bureau: Former RSS Pracharak, Ex BJP West Bengal President and former Governor of Tripura and Meghalaya, Tathagata Roy lashed out at 4 top BJP leaders who ran the campaign of the party in 2021 West Bengal elections, but failed miserably to fulfil the objective.

“Kailash-Dilip-Shiv-Arvind (KDSA) foursome have dragged the names of our respected Prime Minister and Home Minister through mud and have sullied the name of the biggest political party in the world. Sitting atop Agarwal Bhavan of Hastings (W Bengal BJP’s election headquarters) and 7-star hotels they have distributed tickets to incoming garbage from Trinamool. Now faced with abuse from party workers they’re staying put there,hoping the storm will blow over,” he tweeted.

Tathagata accusing these leaders of ignoring the devout Swayamsevaks and ideologically driven BJP workers while embracing the Trinamool Congress discards during the elections.

“These people have heaped the worst possible insults on ideologically driven BJP workers and devout Swayamsevaks who had been relentlessly working for the party since 1980s. Now those very people are suffering the worst persecution from Trinamoolis. But KDSA won’t go to their rescue,won’t even exhort them to fight back. Instead they are trying to draw comfort from having raised BJP’s tally from 3 to 77”, he added.

“A substandard, uninspired, mercenary bunch of people with no political insight, no analytical abilities, no sense of Bengali sensitivities. Education up to CLass VIII and a fitter mistri’s certificate. What do you expect? Some ask why don’t I blame the central leadership? A central leadership in a country of 1.3 billion has to be briefed by the state leadership who are just clueless,” tweeted Tathagata.

“Now I apprehend two exoduses from the state BJP. First of course is of the garbage who came from Trinamool and will now go back. The second may be the old Karyakartas of BJP. Unless they see signs of reform within the party they will also leave. And that will be the end of the party in West Bengal,” warned Tathagata Roy, who led the BJP in West Bengal from 2002 to 2006.

“In the depths of my frustration I think of my icons Dr Syama Prasad Mookerjee and Pandit Deen Dayal Upadhyay. How they had suffered, and compared to that what is my suffering! And the thoughts of PP Doctorji and Guruji. Such thoughts, such suffering will not go in vain. Never!”, he tweeted.

Later, Tathagata Roy tweeted that he has been asked by the topmost party leadership to come to Delhi as soon as possible.

No Covid Vaccination in 9 Districts of Odisha Today