Ashwini Vaishnaw, the new Union Minister was elected to Rajya Sabha from Odisha on a BJP ticket with BJD support. 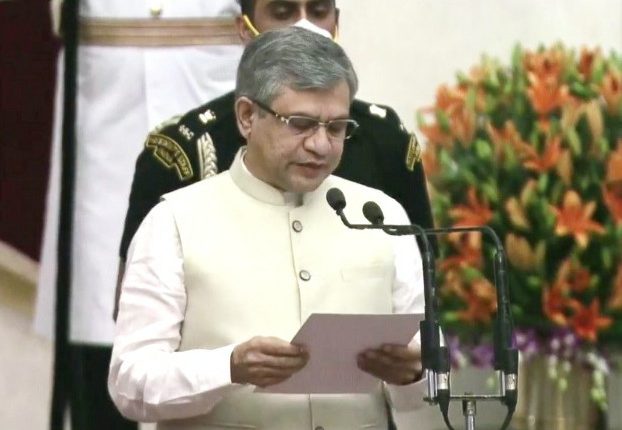 TNI Bureau: On June 26, 2021, The News Insight had predicted that Rajya Sabha MP from Odisha, Ashwini Vaishnaw had a clear advantage over others from Odisha when it comes to induction into Modi Cabinet. We had cited the reasons to justify our prediction. Well, it came true today after he took oath as the Cabinet Minister.

Interestingly, Ashwini got very important portfolios like Railways and IT & Telecommunications. 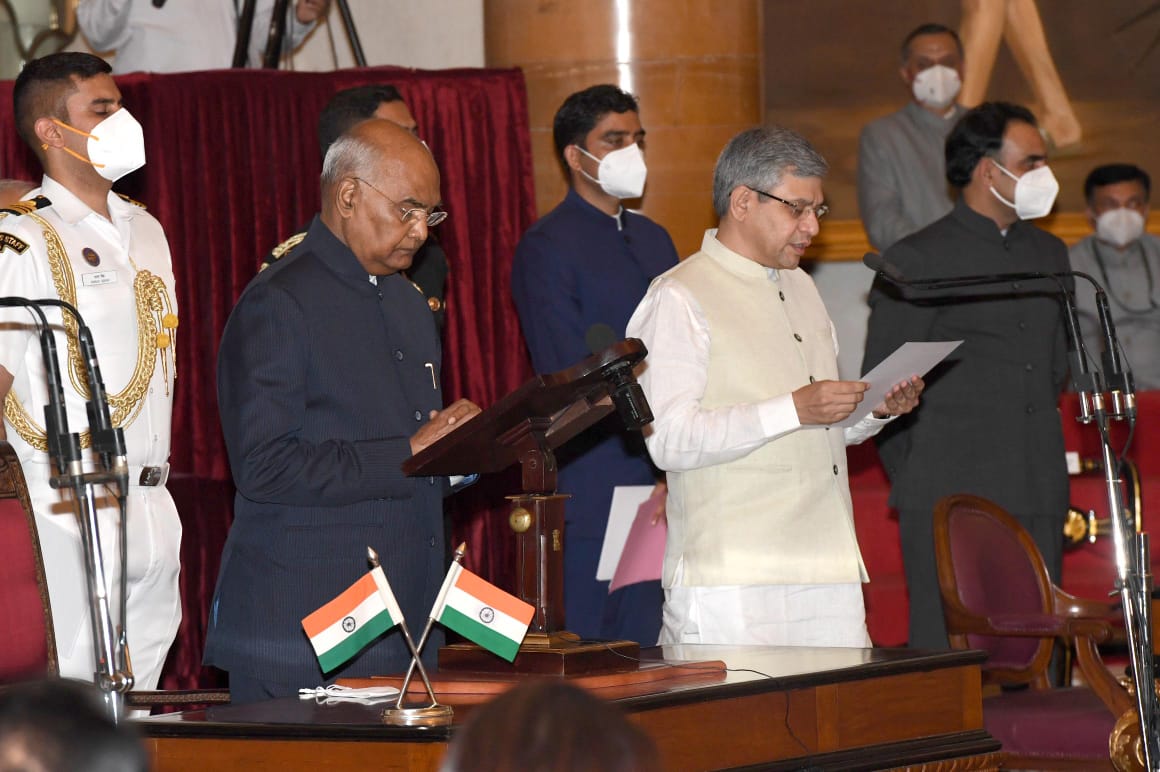 Odisha-cadre IAS officer Ashwini Vaishnaw got the nod for his experience in both the public and private sectors. Modi Government is facing a series of challenges on various fronts. His experience and expertise may help the Government, it’s believed.

With Ashwini Vaishnaw’s induction, a new chapter has opened in the BJD-BJP relationship. Not Aparajita Sarangi, Not Suresh Pujari, PM Modi chose Ashwini Vaishnaw, the man who was sent to Rajya Sabha from Odisha with BJD support. Those who remember the developments then, initially BJD had announced his name as the party’s candidate for Rajya Sabha. But, later, it was amended and clarified that he got nominated on BJP ticket with the support of BJD.

Naveen Patnaik and his Team would be more than happy to see Ashwini in the Modi Cabinet in place of Aparajita or Jay. Ashwini Vaishnaw, the 1994 batch officer, who was the private secretary to former Prime Minister Atal Bihari Vajpayee, had joined the Bharatiya Janata Party on 22nd June 2019. He has been a Rajya Sabha member since 28th June, 2019.

Born in Jodhpur in 1970, Vaishnaw has an excellent academic track record. He graduated with a Gold medal in electronic and communications engineering course and then completed his M.Tech from IIT Kanpur and hold MBA from Wharton School of the University of Pennsylvania, USA.

He had served as the District Collector of Balasore and Cuttack before moving to the Prime Minister’s Office (PMO).

Political Pundits believe that Ashwini Vaishnaw’s induction signals the beginning of the “Double Engine Rule’ in Odisha, albeit unofficially.