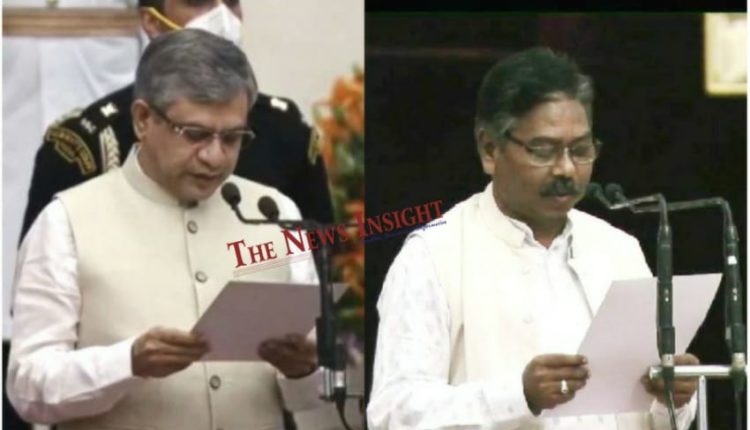 While Ashwini Vaishnaw sworn in as a Cabinet Minister, Bishweswar Tudu took oath as a Minister of States.

Ashwini, the new Union Minister was elected to Rajya Sabha from Odisha on a BJP ticket with BJD support. He was the Private Secretary to former PM Atal Bihari Vajpayee. He was particularly known for his contribution to the PPP framework in Infrastructure. He also served as a Collector in Balasore and Cuttack districts.

Similarly, Bishweswar Tudu, a tribal face in Odisha has made his presence felt during the West Bengal and Chhattisgarh polls. He worked as a Senior Engineer in Water Resources Department in Odisha.

While Ashwini Vaishnaw’s name has been doing the rounds, first-time MP Tudu is a surprise pick as a Union Minister.

This reshuffle is the first in Modi’s second term as PM.