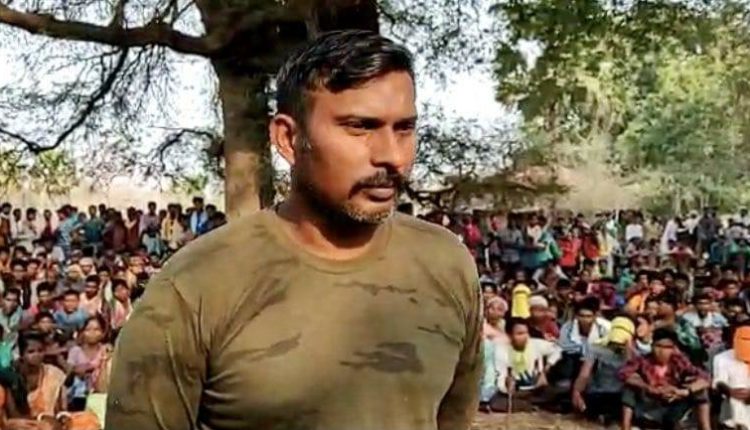 TNI Bureau:   The CRPF CoBRA commando Rakeshwar Singh Manhas who was abducted by Naxal forces during the gunfight between the security forces and the Naxals at the Sukma-Bijapur border in Chhattisgarh, was released by the banned Left Wing group in deep in the jungle in the presence of mediators today.

Maoists held a praja court before releasing Manhas. He was taken to CRPF camp for a checkup immediately after his release.

Constable Rakeshwar Singh Manhas was freed by the Maoists after the intervention of local journalist and social activists.

CoBRA jawan Manhas’ wife had requested the Central & State Government to ensure the safe return of her husband.

Twenty-two jawans lost their lives while 31 were injured in the Naxal attack in Chhattisgarh on April 3.