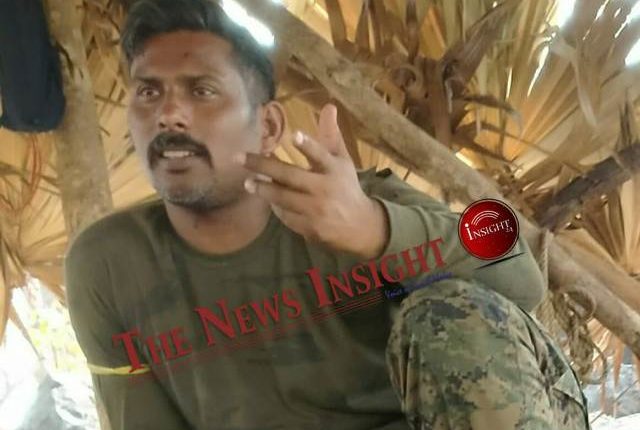 TNI Bureau:  The Communist Party of India (Maoist) have released the first picture of a jawan who went missing last week after a gunfight in Chhattisgarh’s Bijapur.

The picture was released a day after the banned organisation issued a press note demanding government-mandated interlocutors to whom the jawan would be handed over to.

In the picture released by the Maoists, CoBRA jawan of 210th battalion Rakeshwar Singh Manhas is seen sitting on a plastic mat under a temporary shelter.

The CRPF has also confirmed that the photo released by ultras is of the missing CoBRA jawan and appropriate action will be taken to ensure his release.

Manhas had gone missing on April 3, following gun battle between security forces and Maoists on the Sukma-Bijapur border.

Meanwhile, the family members of the missing Jawan requested the Government to take action & ensure his release. Angry locals blocked Jammu-Akhnoor highway demanding the release of CRPF jawan Manhas who has been held captive by naxals.