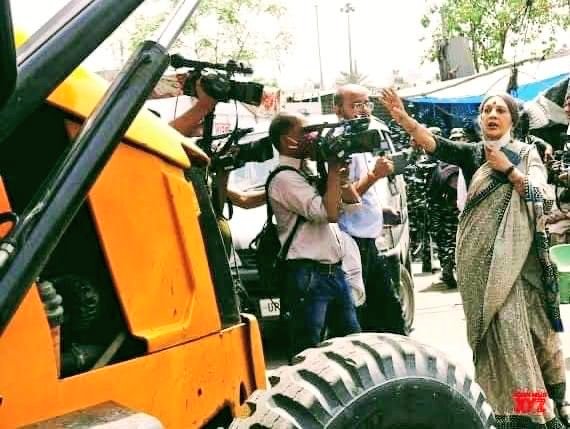 It’s not Anees or Aslam. It’s Ganesh Kumar Gupta in Delhi’s Jahangirpuri who looks and sounds shattered today after his fruit juice shop was demolished during the demolition drive. His shop was not illegal as he claimed to have permission since 1977.

The Bulldozer Demolition Drive which started in Uttar Pradesh, expanded its base to Madhya Pradesh. Gujarat and now Delhi. The rampaging bulldozers defied the court order and a Leftist lady had to rush to the site to stop it.

Is it justified to demolish the properties – whether legal or illegal, without judicial approval? The debate has just begun.