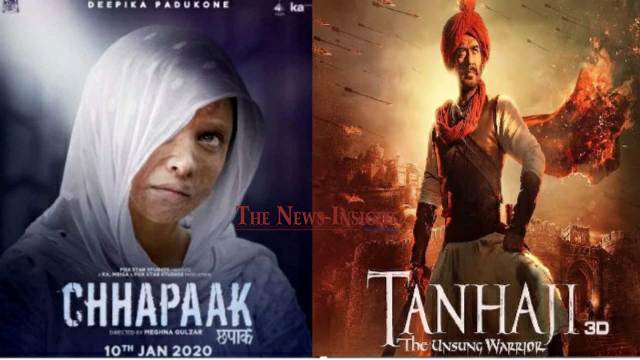 Weekend 1 Box Office Collections of Tanhaji and Chhapaak stand at Rs 61.75 crore & Rs 19.02 crore respectively. Does it mean that Chhapaak has been rejected? No.

Tanhaji was made at a cost of Rs 150 crore as a commercial film. Chhapaak was made just at Rs 35-40 crore on social theme. Also, there is a huge ticket price difference between both films in many cities and towns due to various factors.