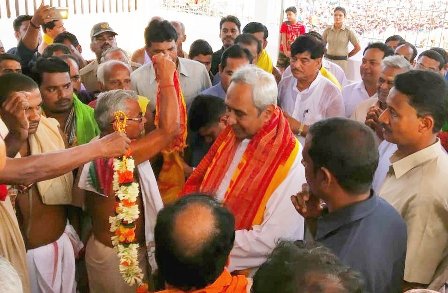 The News Insight: Although poll date for Patkura Assembly seat is yet to be announced, both BJP and BJD have started their campaign aggressively. However, it’s BJD President Naveen Patnaik, who quietly launched the ‘Mission Patkura’ campaign on the auspicious day of Snana Purnima.

Instead of Puri, Naveen preferred to be at Baldevjew Temple in Kendrapara and announced Rs 2 crore development package for the Temple. After trouncing Baijayant Panda in ‘Battle of Kendrapara’, Naveen now eyes Patkura to ensure defeat of his bete noire Bijoy Mohapatra, who has been trying hard since 2000 to enter the Assembly, but in vain.