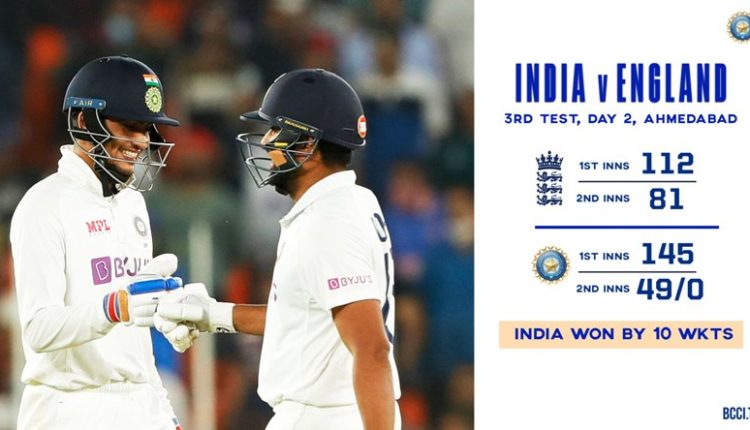 It took just one and half days and 140 overs to decide the outcome of 3rd Test match at Narendra Modi Stadium, Ahmedabad. India won the match by 10 wickets to take an unassailable 2-1 lead in the four-match series, but Test Cricket ended up on the losing side.

Such pitches don’t augur well for Test Cricket at all.