TMC stages demonstration in Kolkata over arrest of its leaders in Narada Sting case of 2016. 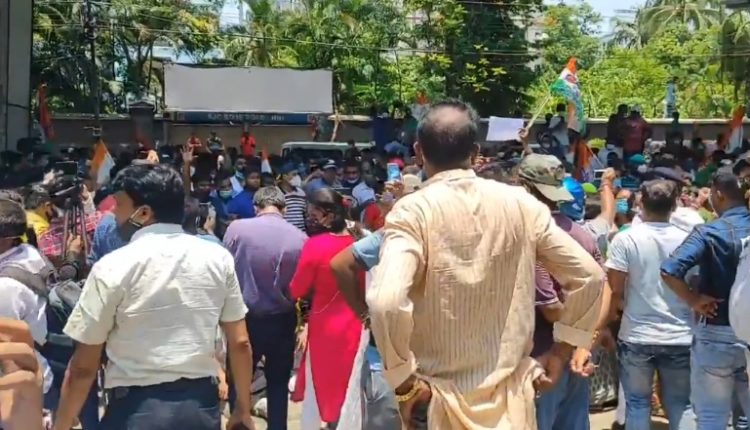 While the entire nation is battling the menace of Covid-19, situation in West Bengal too remains grim. The State has reported 19,117 new Covid cases and 147 deaths in the last 24 hours. But there is another battle going on too. It’s CBI vs Mamata Banerjee.

The CBI has swung into action to arrest several Trinamool Congress leaders including Ministers Firhad Hakim, Subrata Mukherjee in the 2016 Narada sting case.

Mamata has refused to buckle under pressure. She confronted CBI at their office and dared them to arrest her. Massive protests rock Kolkata as Lockdown guidelines go for a toss.