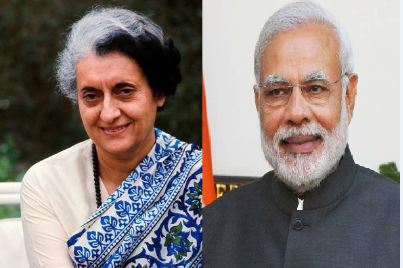 There was a time when Indira Gandhi was promoted as ‘Mother of India’. Her supporters and die-hard fans used to call her ‘Indira Maa’. That helped the Congress Party politically in the long run. Even today, many in rural belts believe that ‘Indira Maa’ is alive.

It won’t be a surprise if Narendra Modi is promoted as ‘Father of India’ by his supporters in future. It was started by Maharashtra CM Devendra Fadnavis’ wife Amruta Fadnavis’ and carried forward by US President Donald Trump.