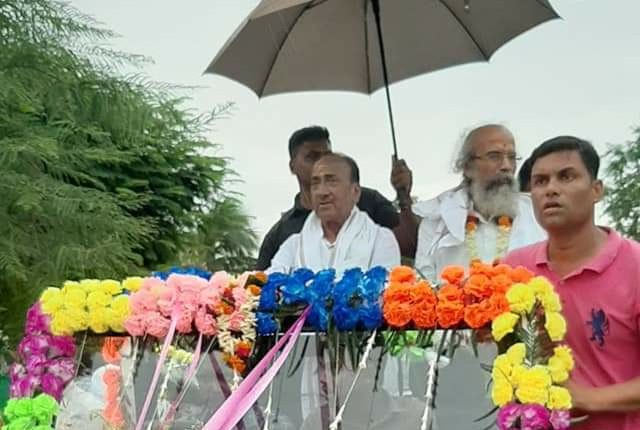 TNI Bureau:  Introduced as ‘Sana Biju’ or ‘Younger Biju’ by late Biju Patnaik decades ago, Bijoy Mohapatra is fighting the ultimate battle of his life. He has been trying to enter the Odisha Assembly for the last 20 years, but in vain. Can he sail through from Patkura this time?

Notwithstanding the initial confusion aftermath Rajya Sabha polls, the BJP has regrouped under the leadership of Dharmendra, Pratap and Baijayant. The battle line has been drawn. However, it’s the people of Patkura, who will take the final call. Only they are in a position to determine who they want as their representative.