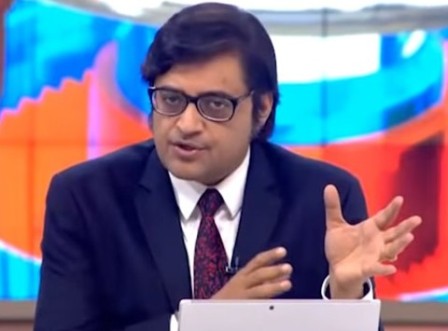 TNI Bureau: After a Delhi court ordered registration of an FIR against Arnab Goswami on Shashi Tharoor’s complaint alleging theft of confidential documents pertaining to the probe into his wife Sunanda Pushkar’s death, some top journalists such as Barkha Dutt and Swati Chaturvedi celebrated it because of their bias and hatred towards the Republic TV Editor.

However, there are many sane journalists, even bitter critics of Arnab, refused to follow suit and said it would set a dangerous precedent and kill the investigative journalism in the country.

Here are some tweets in support of Arnab Goswami and Press Freedom:

The flood gates of venom and vitriol opened up against #ArnabGoswami by fellow journalists is only indicative of what all RW sympathisers in MSM/SM can expect in #ModiFor2019 fails. #Arnab is as much of an outsider in Lutyens. Hence, brunt of envy and attack. #jesuisarnab

You may hate the guy or the way he presents the news, he may be a complete asshole, but for journalists to either cheer Arnab Goswami's arrest or stay mum is despicable. Is Editors Guild going to put on the "Arnab who?" face?

#ArnabGoswami destroyed the civility of TV news debate & turned it into an obnoxious space in India. But got to give him that in Indian media he is the biggest disrupter of the Leftliberal narrative & trendsetter who single handedly took on the old establishment power cliques.

I may dislike Arnab Goswami but I cannot be a believer of freedom of press if I celebrate the FIR ordered against him. I think it is the job of journalists to "scoop"out files & "secret notes" etc ..this FIR is an assault on free press & the media must stand up.

Am surprised to see journalists gloating over the FIR ordered against Arnab. While I vehemently oppose his journalism and hate mongering, this court order is hugely problematic for journalists and a blow to media freedom.

He 'allegedly accessed confidential documents that were part of the investigation report & the internal notings of police records…'
despicable as arnab's work is, our job is to access such material, if there's a problem charge the cops not the journo.https://t.co/u1YPrrnxgR

If any one has destroyed the blackmailers, dallals, pimps in media it’s this man called #ArnabGoswami. His rise has been the reason of your down fall and that’s what is disturbing U. https://t.co/f9neIEWNjk

The defence of press freedoms cannot be conducted on the basis of personal likes and dislikes (or rivalries). Those journos gloating about the FIR against Arnab Goswami should read this excellent piece by @rohanv : https://t.co/mex0eEJZQK

We may criticize #ArnabGoswami 's style of journalism, the brutal #Dhulai of his guests in his show, the melodrama, the biases, the noise, etc., but reading these tweets, one thing is for sure:
Bande ne in sab ki neend aur chain, dono uda rakhi hai😉 #MondayMotivation pic.twitter.com/5rLpmX1tMC

Facebook Debate on feasibility of a War with Pakistan