Facebook Debate on feasibility of a War with Pakistan 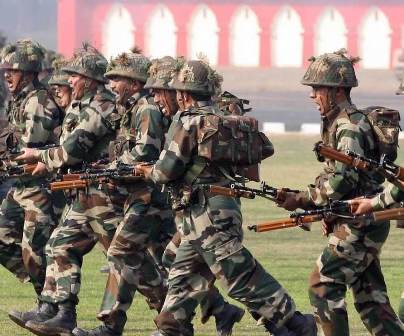 TNI Bureau: As the anger and passion running high in India after the Pulwama terror attack, which claimed lives of 40 CRPF jawans and Indians seek revenge, we have conducted a debate on Facebook.

Can India afford to go into War with Pakistan to eliminate Terror?

Suchintan Rout: Yes, but we should be very cautious in taking decision.

Sambit Nanda: War is a large scale action. India shall follow the Israel way to quarantine those bastards.

Guru Prasad Pattnaik: No way ….. War will take India back by a decade for sure. But wish the bastards to be punished.

Chandrashekhar Mishra: Diplomatic war through support of all over world would be better than the war on field. Let Pakistan be treated as an island with no trade and support from any country. Then our Army can launch attack on them. I wish PM’s visit to almost all the countries during his tenure would give us the benefits and results.

Sonali Satpathy: We are waiting to see his course of action now.

Bhawani Sankar: Yes we can. But if CHINA and USA interfere, then we will surely face problems.

धर्मवीर सिंह: India should go and finish this issue once for all.

Suvendu Mohapatra: Seems Social media will decide what to do, how to do, when to do where to do. My suggestion: stay quiet; the leadership will take call with proper strategy .

Marshal Panda: Terrorist attacks from Pakistan will continue till that country and its security apparatus exist in the present form. And India just can’t wish away Pakistan. Short of regular war, many other military, diplomatic, economic and scientific options are available to bleed Pakistan. One option according to experts is – five lakhs shells were lobbed during Kargil over a period of three months. Even a fraction of that nos. are lobbed across the LOC in a sustained manner, Pakistan will go bust.

Nirmal Panda: Yes..But my demand is to remove 370.

Ar Karthik Shyale: We are already in War with Pak since partition, the sooner we realize this the lesser we bleed! All that we need today is come out of foolishness of “Aman ki Tamasha” & neutralize the terrorist state Pakistan for good!

Vijaya Singh: Yes we can. But with a strategy in place. Wars are not fought on emotions only, but with careful planning. We cannot let our boys be cattle fodder for the Pakis.

Jagannath Satapathy: India with wholeheartedly start a war especially in disputed PoK without any doubt. Even Mr Modi re-emerged as a larger leader by withdrawing MFN status and even opposition in compulsion also joined the hands, no time to wait for abolition of Article 370..

Asish Satpathy: Definitely we can, as it’s the only way to stop this type of cowardice activity.

Gyan Ranjan: When it comes to National Security, India must act and Indians must afford. War is not child’s play and can’t be started instantly with emotions. The war can be be fought diplomatically with allies, putting pressure on rogue nation, commercial terms and fighting on ground. I am sure that the govt at centre quite capable of taking right decision. Though war will help the govt during election year, still govt will take a call at right time with right strategy.

Nrusingha Nanda Panigrahy: There is no other alternative. It should be a war like Bangladesh war. Pakistan should be eliminated from the political map of the world.

Dilip Lenka: It’s high time we stop politics, unite ourselves, and prepare for a final war against terrorism.

Prakash Parija: Yes. We can and we must attack Pakistan.

Dharmraj Rajesh Kumar Purohit: Boycott Chinese product; China is father of Pakistan helping throughout the all terror attacks, and after all India started the war by taking the most favoured nation title from Pakistan, it will affect poor Pakistan’s economy. The most important thing here is there is other options available which would be more disastrous for Pakistan than war, we want to see Pakistan on road.

Nayak Locanath: Ridiculous question, we will suffer till our mentality and courage touches the thoughts of Israel…

Anirudha Nayak: No doubt we can.. But with proper planning… But before that.. First we have to clean our home… Yahan ghar ghar main bibishan hai.

Rakesh Gupta: Yes, India can afford and it is the only way to dealt with Pakistan because the rouge nation is like kutte ka dum jo kabhi sidha nahi hoga, usse katna padega.