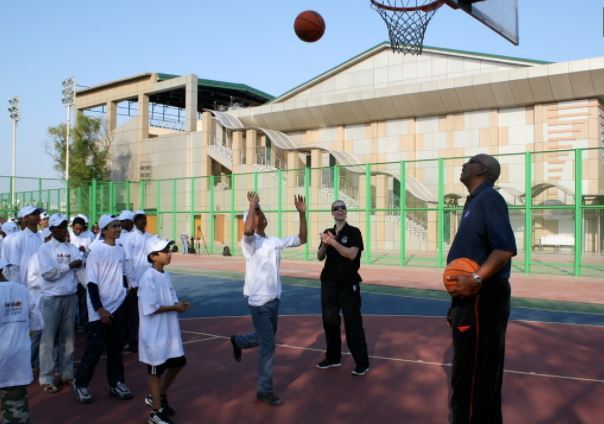 The NBA is the world’s top basketball league and it has millions of fans all over the world, including in India. If you want to see the likes of the Los Angeles Lakers and the Boston Celtics on a regular basis, how can you do so?

The Popularity of Basketball in India

Basketball is now one of the most popular sports in the country, having first been played here in the 1930s. The Basketball Federation of India was formed in 1950 and the fast-moving sport is widely played in schools, universities, and other settings.

Despite the game being so widely-loved in India, the first professional league only began in 2015, when the UBA Pro Basketball League was inaugurated. This league was made up of 8 teams and Chennai Slam won the first title. However, it only ran for 4 seasons before coming to an end after failing to live up to commercial expectations.

At the moment, there is no Indian pro basketball league for fans to enjoy, which perhaps helps to explain why so many Indians watch NBA games. Indeed, the management team of the NBA have tried to help the game grow here.

The NBA Commissioner, Adam Silver, has spoken out in the past about his hope that a pro Indian basketball league can be started before long. In the mean-time, there are championships carried out at different levels across the nation.

How to Watch NBA Games in India

2021 was the first time in the last 10 years in which India hadn’t had a broadcast partner for the start of the NBA season. This made it more difficult for Indian basketball fans to view their favorite stars such as Stephen Curry and LeBron James.

NBA Asia Managing Director Scott Levy said that the country is one of their priority markets but that they had been unable to reach an agreement with any distributor in the country in time for the start this season.

However, Levy pointed out that Indian fans could still watch games live an on-demand by using the NBA League Pass and that they are looking for new ways of transmitting game. Given the growth in popularity of this league in recent years, it is no surprise to see that the NBA is keen to give residents the chance to watch more action.

After this, a new deal was confirmed with pay-TV broadcaster Star Sports to start showing games across the sub-continent. The NBA games are to be broadcast on Star Sports Select and Start Sports 1 under the terms of this deal, starting with the 2021 playoffs.

Sunny Malik is the NBA’s business head for global content and media distribution. He said that Indian basketball fans will be able to get “access to a weekly selection of live games” throughout the season thanks to this deal.

If besides watching the games you want to be constantly informed about the latest NBA trade news and rumors click here.

What Does the Future Hold?

In the past, the NBA has tried the approach of transmitting games live on social media sites like Facebook and YouTube, as well as their idea of playing certain games live in India. It is possible that we see a greater variety of live-streaming options made available, given the success of this approach during trials.

NBA chiefs have refused to rule out this sort of deal in the past. As the game continues to become more popular in India, it would be no surprise to see the NBA looking for new ways to make it easier for fans to watch their heroes in action.  For the moment, the options for watching NBA games are limited, but fans can probably look forward to more options before too long.