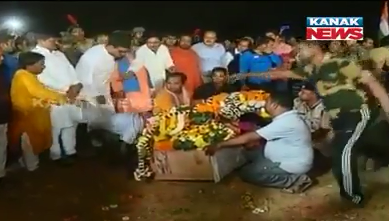 As shown in the video, the incident took place while people were paying their last respects to the mortal remains of Manoj Behera before the last rites at his native village Ratanpur in Niali block of Cuttack district.