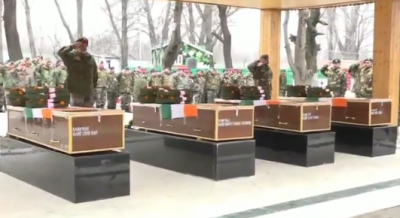 TNI Bureau: The Union Government has revealed that it has received massive response from the people aftermath Pulwama terror attack that claimed the lives of 40 CRPF jawans. Over 80,000 people have donated more than Rs 20 crore through the Bharat Ke Veer portal since February 14.

In total, the portal has received Rs 46 crore since its inception. However, the last 5 days have seen unprecedented rise in people’s passion and nationalism that led to voluntary donation of Rs 20 crore, which is indeed a huge amount.

“We thank you for the overwhelming support to #BharatKeVeer portal. Your contribution has helped the families of all CAPF martyrs receive the maximum amount of Rs 15 lakh per family. However, you can still contribute to the corpus which will be ustilised to support all families”, Bharat Ke Veer said in a tweet.

Fake News being spread about harassment of Kashmiri Students: CRPF