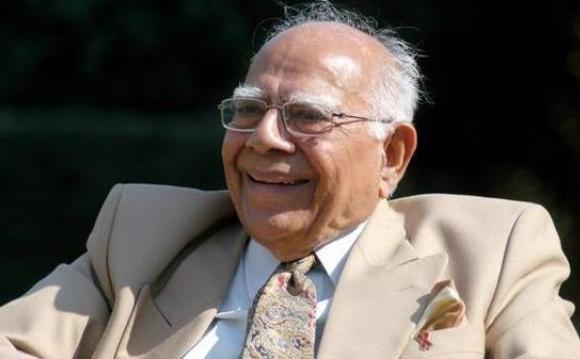 TNI Bureau:  Eminent lawyer and former Union Minister Ram Jethmalani breathed his last at his residence in New Delhi on Sunday. He was 95.

His last rites will be performed this evening at the Lodhi road crematorium in Delhi.

Jethmalani, was elected a member of parliament in the 6th and 7th Lok Sabha on a Bharatiya Janata Party (BJP) ticket from Mumbai.

A six-time Rajya Sabha member, served as Law Minister of India and Minister of Urban Development during the prime ministership of Atal Bihari Vajpayee.

He was also elected as the president of Supreme Court Bar Association.