Following the reversal in the recently concluded West Bengal assembly elections, a number of party workers have expressed sorrow for switching sides to the BJP and voiced a desire to rejoin the ruling Trinamool Congress. 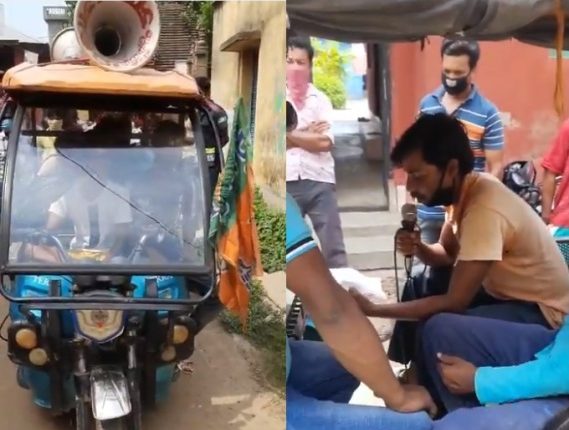 Following the reversal in the recently concluded West Bengal assembly elections, a number of party workers have expressed sorrow for switching sides to the BJP and voiced a desire to rejoin the ruling Trinamool Congress. A handful of BJP workers in the state’s Birbhum region recently apologized for joining the saffron party in a public statement.

The BJP cadres proclaimed their intention to join the TMC by marching into their village’s local market on Tuesday. One BJP worker, who led the march of party supporters, was spotted using a microphone to address the crowd. “We have made a mistake by joining the BJP, we maligned the local panchayat falsely. Now we want to work with the TMC,” announced a party official.

According to the district BJP leadership, their workers were living in dread and were forced to make such a public apology as a result.

According to Dhruba Saha, Birbhum district president, “This is a shame for democracy. People’s democratic rights have been snatched. Our ground level workers are living in fear. Thus they were being forced to do such things.”

Saha was alluding to the rampant post-election violence in West Bengal, where TMC activists are accused of attacking BJP supporters. The state administration has denied claims of widespread violence and chastised the BJP for politicising the occurrences, claiming that TMC cadres were also killed.

Things to know about ECMO Treatment