Kiran Bedi, retired IPS officer and former Lt Governor of Puducherry, has shared a clip on Twitter that falsely claims that National Geographic paid $1 million for the unfolding scene. 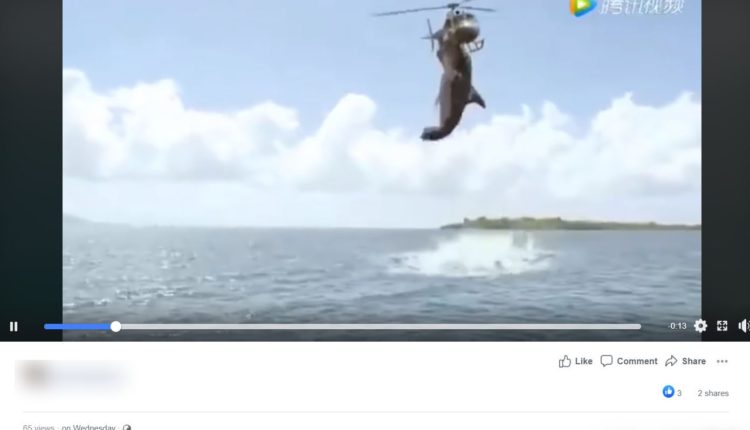 In it, a gigantic fish can be seen leaping out of the water to attack a helicopter, hauling it down into the water as horrified onlookers watch. Many Twitter users trolled her for believing the incident as true.

The source of this daring Video is open and subject to verifications. Whatever be the authentic and true source it is terrifying ? But laudable, even if manufactured. Please view it against this caveat. pic.twitter.com/959bbAALAh

It is just from a movie clip directed by Nico De Leon released in 2017, the film as the title suggest was a horror, sci-fi film on a 5-headed shark on a rampage. A similar incident occurred in 2018, when a video of a destructive tornado went viral with the same caption, only to be found later as a clip from a 2014 movie Into the storm.