'Sala Budha' breathed his last at around 3.45 AM today, as informed by his son Arun Panda. 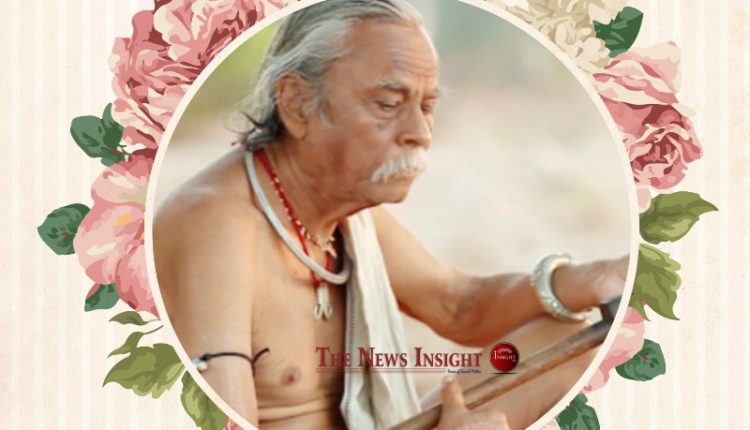 TNI Bureau: In the early hours of Saturday, veteran actor and ‘Sala Budha’ star Atal Bihari Panda died while undergoing treatment at the Veer Surendra Sai Institute of Medical Sciences and Research (VIMSAR), Burla. He was 92.

Panda, who is well known for his roles in Sambalpuri films, was admitted to the hospital for septicemia treatment. He breathed his last at approximately 3.45 AM today, as informed by his son Arun Panda.

At the age of 83, he made his film debut, which is extremely remarkable for an actor. He had previously authored 60 plays before making his cinematic debut.

Atal Bihari Panda had acted in over 100 plays and penned over 65 dramas in Sambalpuri. He’s also written six operas as a writer. Initially, he was approached by well-known director Sabyasachi Mohapatra to write dialogue for the film ‘Sala Budha’. The director was seeking a Protagonist for that film but couldn’t find one, so he approached Atal and asked him to play the lead, which he agreed to.

In 2014, he worked with filmmaker Sabyasachi Mohapatra once more on the film “Aadim Vichar,” which was a sequel to “Sala Budha.” On January 17, 2020, he reprised his starring role in the third part of the Sala Budha film series, titled “Sala Budhar Badla.”

100-Word Edit: Why Weekend Shutdown hits the Poor Most