Ngangom Dinko Singh, a bantamweight boxer who won gold at the Asian Games in Bangkok in 1998, died on Thursday. 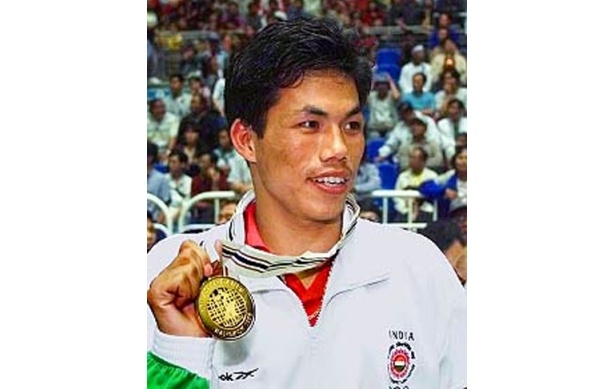 TNI Bureau:  Ngangom Dinko Singh, a bantamweight boxer who won gold at the Asian Games in Bangkok in 1998, died on Thursday. Dingko has been battling illness for some years, beginning with liver cancer, for which he has been receiving treatment since 2017.

He had tested positive for Covid-19 last year, adding it to the list of health issues he had been dealing with. But the 41-year-old battled back and was able to recover.

In January 2020, Dingko had radiation therapy at the Institute of Liver and Biliary Sciences (ILBS) in Delhi before returning to Imphal. Dingko was evacuated to the same hospital after his health worsened in April before being discharged. He had also developed jaundice.

Dingko, a maverick who influenced six-time world champion M C Mary Kom, was a member of the Indian Navy and also served as a coach until succumbing to illness.

In the final match at the Bangkok Asian Games 1998, Dingko faced Timur Tulyakov, a well-known Uzbek boxer. Timur was ranked No. 5 in the world at the time. Dingko had just recently moved up to the 54 kg division from the 51 kg division when he won the Gold, making his triumph all the more amazing. Throughout the fight, he showed to be significantly superior than his opponent, and Timur was forced to retire after the fourth round.

Dingko Singh was commemorated with the renowned Arjuna Award in 1998 and the Padma Shri Award, the country’s fourth-highest civilian award, in 2013 to celebrate his achievement in the sport of boxing and his exceptional service to the nation via his persistent efforts and commitment.

Dingko’s life path and struggle, according to India’s professional boxing legend Vijender Singh, would always be a source of inspiration for future generations. ‘My sincerest condolences on this loss May his life’s journey & struggle forever remain a source of inspiration for the upcoming generations. I pray that the bereaved family finds the strength to overcome this period of grief & mourning.” Vijender tweeted.

Manipur Chief Minister N Biren Singh also expressed his condolences following the great boxer’s death on Thursday.. “I’m shocked and deeply saddened by the demise of Shri N Dingko Singh earlier in the morning today. A Padma Shri awardee, Dingko Singh was one of the most outstanding boxers Manipur has ever produced. My sincere condolences to the bereaved family. May his soul rest in peace. Biren Singh tweeted.