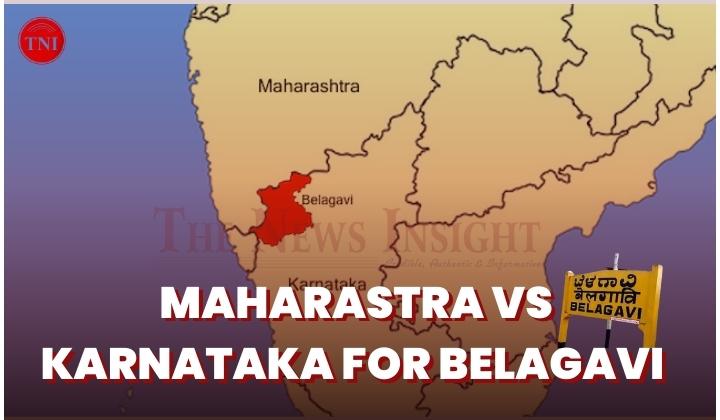 Tensions have risen again along the inter-state border between Karnataka and Maharashtra due to a long-running dispute over control of Belagavi, a border town in Karnataka. The renewed unrest was sparked by controversial border-related remarks made by politicians from both states.

What is this border dispute?

The boundary dispute between Maharashtra and Karnataka stems from the 1956 State Reorganisation Act, which reorganised states along linguistic lines. Since its inception on May 1, 1960, Maharashtra has claimed that 865 villages, including Belagavi (then Belgaum), Carvar, and Nipani, should be merged into the state. Karnataka, on the other hand, has refused to give up its territory.

Several attempts to settle the dispute were made after that, but all were futile. The Maharashtra government filed a petition in the Supreme Court in 2004, claiming ownership of Marathi-speaking villages in Karnataka, which challenged the claim. Taking advantage of public sentiment, Karnataka renamed Belgaum Belagavi and made it the state’s second capital.

What is the status of the border dispute now?

Both Karnataka and Maharashtra believe that the complex issue will not be resolved politically and that a legal solution is required. Since 2004, the Maharashtra-Karnataka border dispute has been heard by the Supreme Court. Both states have refused to change their positions. Center-level governments have also been cautious on the issue.

Why is it in the news again?

Maharashtra Chief Minister Eknath Shinde convened a meeting in Mumbai two weeks ago to review the status of the border dispute. Shinde tasked two senior ministers, Chandrakant Patil and Shambhuraj Desai, with coordinating and pursuing the border dispute, both legally and politically. Shinde also announced that under the Jyotiba Phule Jan Arogya scheme, freedom fighters in Belagavi and other Marathi-speaking areas of Karnataka would be eligible for pensions and free medical care.

This prompted Maharashtra Deputy Chief Minister Devendra Fadnavis to assert that the government would “not let a single village go to Karnataka”. “Maharashtra will reclaim 865 villages, including Belgavi, Nipani, and Carvar,” Fadnavis declared.