India level the Series 2-2 with one match to go 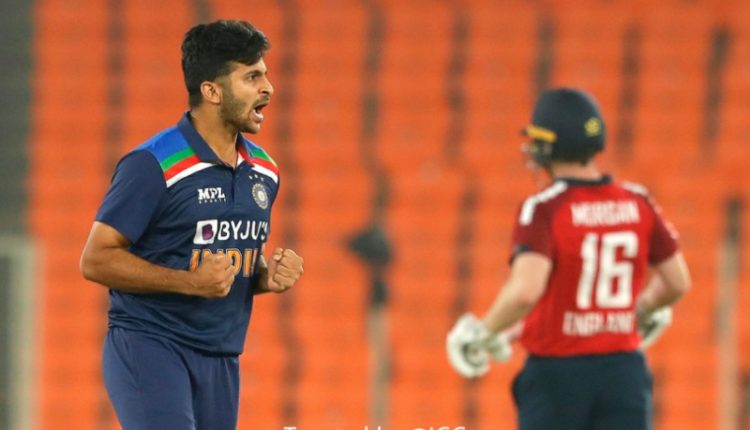 TNI Bureau: Team India scored a hard fought 8-run win over England in the 4th T20I in Ahmedabad and levelled the series 2-2 with one match to go.

England tried their best, but finished at 177/8 in 20 overs. Jason Roy (40), Bairstow (25) and Ben Stokes (46) were the top scorers. For India, Hardik Pandya and Rahul Chahar took 2 wickets each. Shardul Thakur who bowled the last over, took 3 wickets.

Jofra Archer (18) had almost took the game away from India in the final over, but luck did not favour him. Shardul held his nerves despite some goof-ups and secured the win for India.

Suryakumar Yadav has been declared ‘Player of the Match’. In his debut match, he hit a six off the very first ball he faced and went on to score 57 – his maiden fifty.