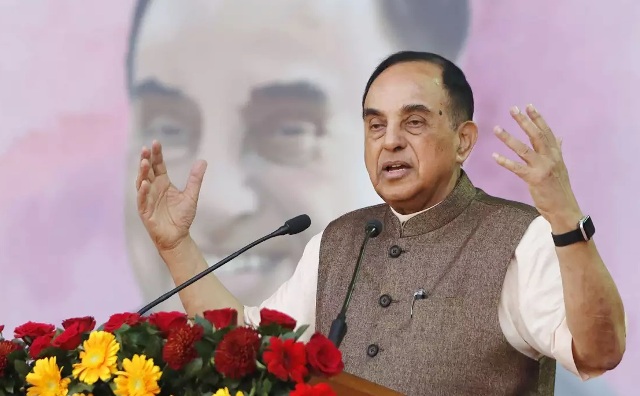 TNI Bureau:  Following the “vilified” and “malicious” campaigns against him alleged by the BJP IT Cell, BJP MP Subramanian Swamy has waged a war on them and issued an ultimatum to party President JP Nadda.

Swamy who is known for fighting his battles with a ‘no mercy’ attitude, has sought IT Cell Chief Amit Malaviya’s removal from the system by tomorrow, failing which he would take steps to defend himself.

Swamy, who has been at the forefront in the fight against Congress, Gandhi Family and supports the Hindutva cause, is being targeted by a section in BJP for his criticism of Government’s economic policies and other actions.

By tomorrow If Malaviya is not removed from BJP IT cell (which is my five villages compromise proposal to Nadda) it means the party brass does not want to defend me. Since there is no forum in the party where I can ask for cadre opinion, hence I will have to defend myself.

100-Word Edit: From War of Words to Bulldozer & Mandir Card

Odisha records highest decline in IMR in India during 2005-2020