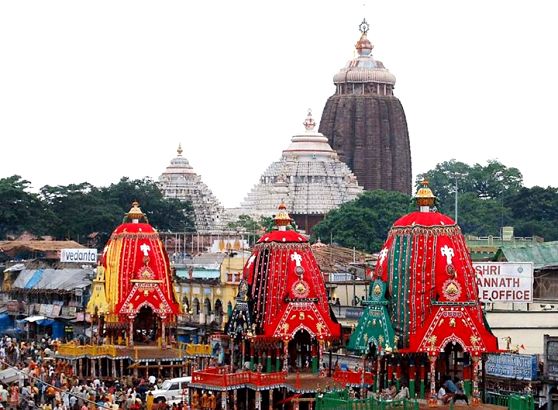 TNI Bureau: The Supreme Court while allowing the Ratha Jatra 2020 to be held in Puri, has issued the following guidelines to be followed by everyone involved. The SC reminded the authorities concerned that the situation can become dangerous if the rules of caution are ignored.

The Apex Court also observed that it was forced to stop the Ratha Jatra in view of the inputs given to it that it would be highly impossible to ensure that no massive congregation (10-12 lakh) took place during the festival. As the State Govt now submits that it’s possible to hold Ratha Jatra without public attendance, the court has modified its order, it says.

The Ratha Jatra 2020 will be telecast LIVE by DD and other Channels.

👉 Ratha Jatra will be held without public attendance.

👉 All entry points into the City of Puri (including Railway Stations and Bus Stands) shall be closed during the period of Ratha Jatra festival.

👉 Curfew should be imposed in Puri all the days and during all the time when Ratha Jatra chariots are taken in procession. Govt may impose curfew in Puri on other days too if necessary.

👉 No one would be allowed to come out of their houses or their places of residence during the curfew.

👉 Each Rath (Chariot) shall be pulled by not more than 500 persons (including officials and police personnel). All of them would be tested for COVID-19. Only those found negative, would be allowed to pull the chariots.

👉 There shall be an interval of one hour between two chariots.

👉 Each member of the Puri Jagannath Temple Administration Committee will be responsible for due compliance of the conditions.

👉 Rituals and Ratha Jatra shall be covered by visual media. The State Govt shall allow TV cameras to be installed at such places as may be found necessary by the TV crew.

👉 The bare minimum people should be allowed by the committee to participate in the rituals and in the Ratha Jatra.

👉 The court observes that Odisha has a good track record of controlling the pandemic with little loss of life. The same attitude of care and caution should be applied to Ratha Jatra. 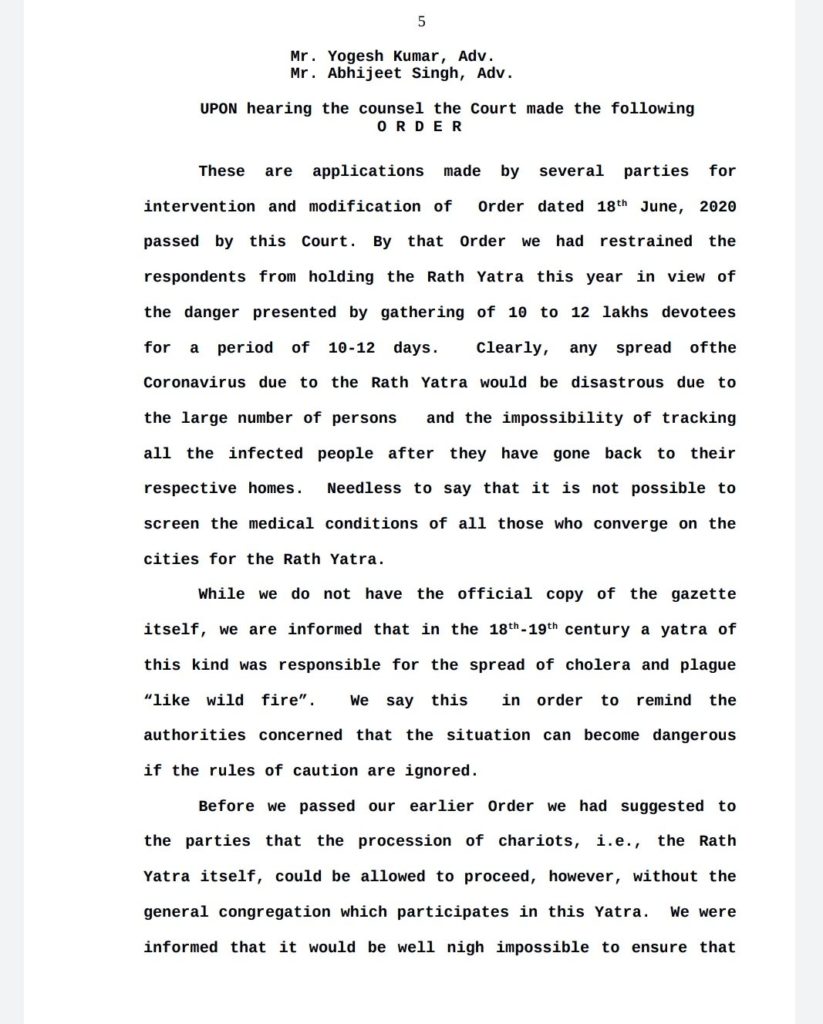 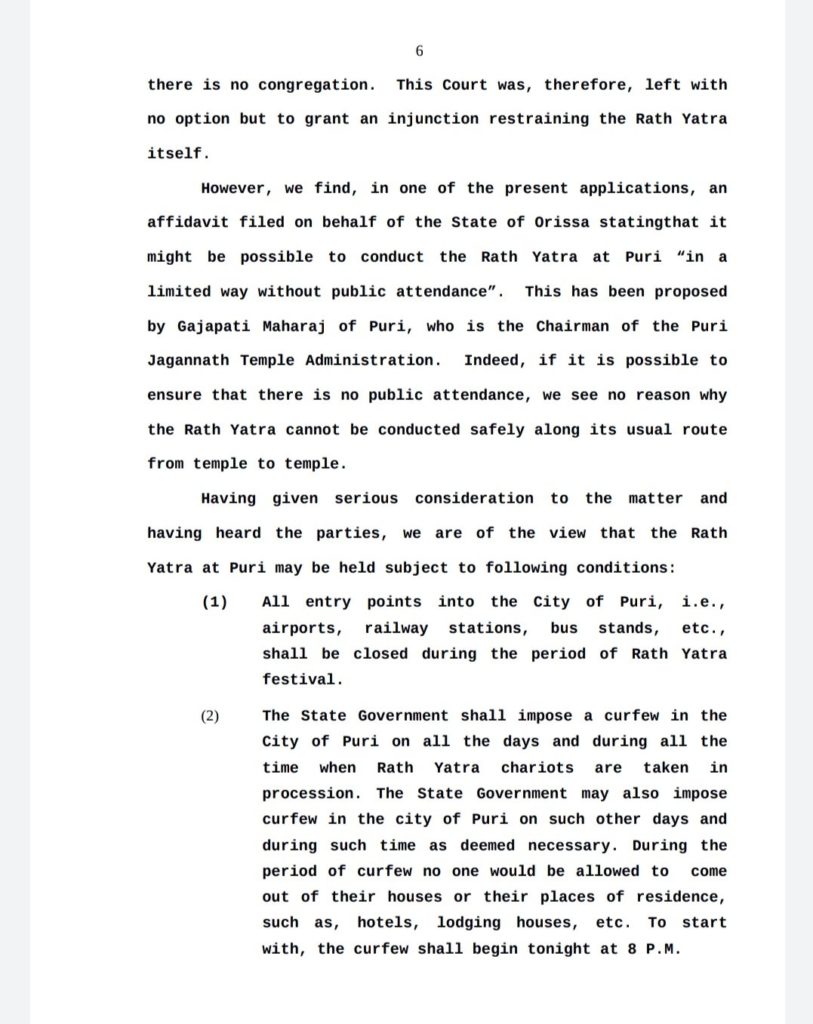 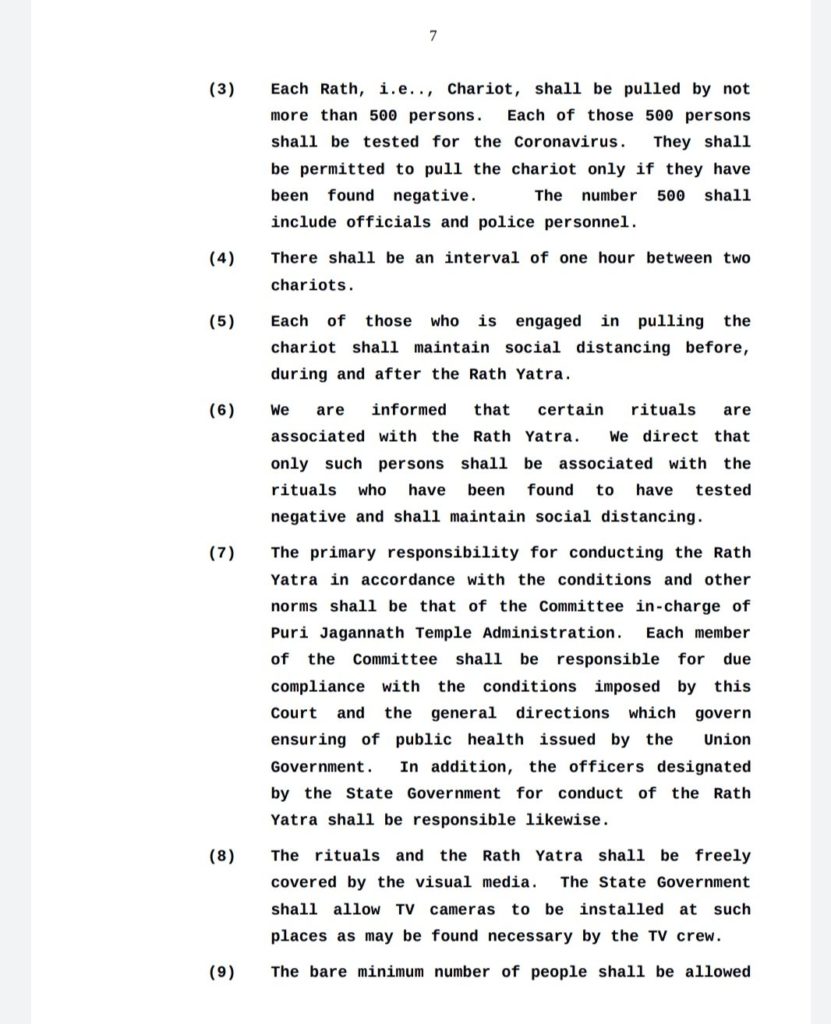 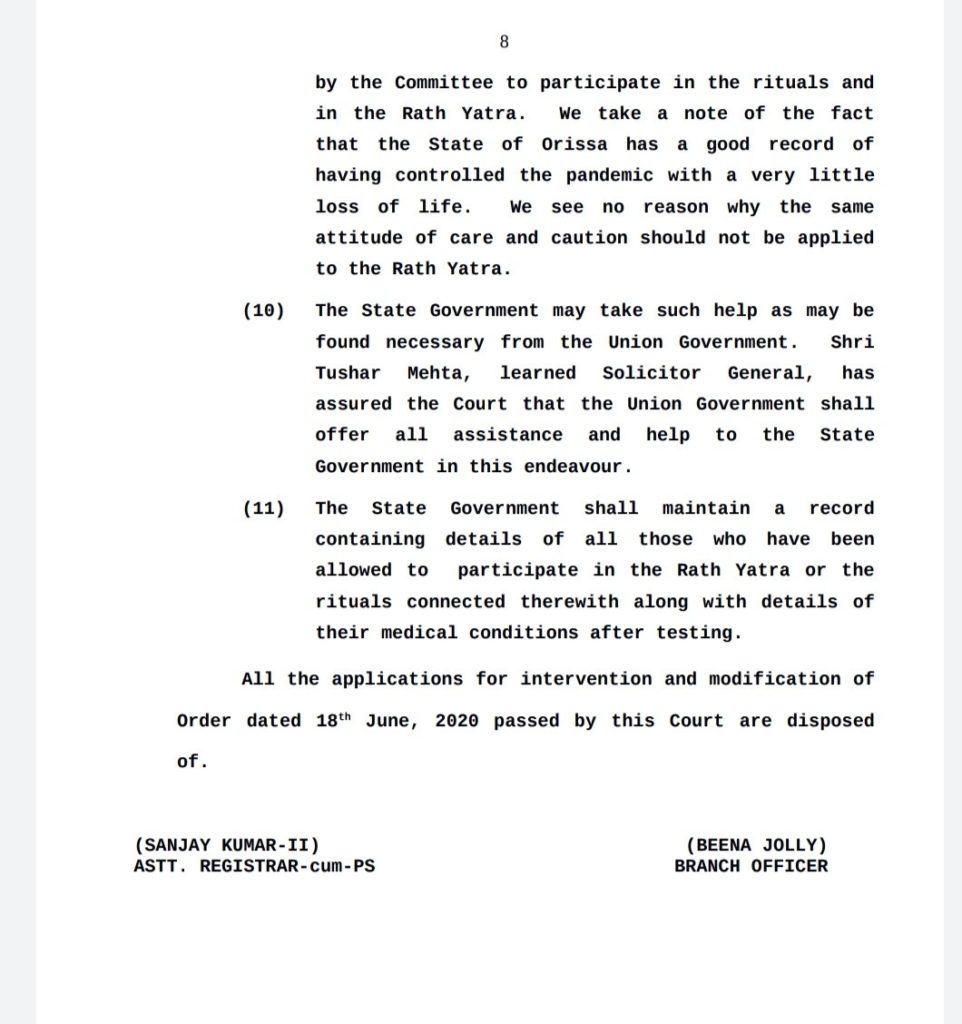