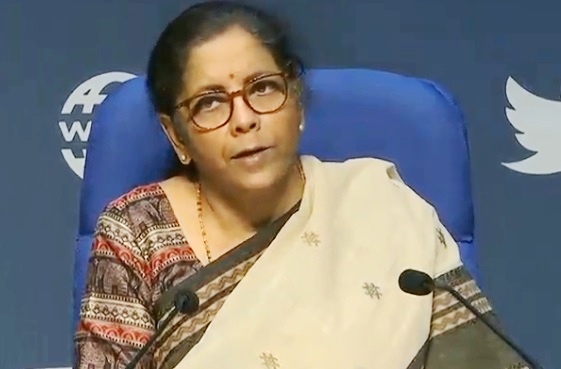 👉 Commercial mining of Coal on a revenue sharing basis to be allowed for 50 Blocks. Move to end import of costly coal. Govt monopoly removed.

👉 Incentives for production of coal before the deadline.

👉 500 mining blocks would be offered through an open and transparent auction process.

👉 Ordnance factories will be corporatised to improve transparency.

👉 FDI limit in defence manufacturing under automatic route raised to 74% from 49%. Time bound defence procurement process to be initiated.

👉 Enhancement and development of 12 Airports across the country on PPP basis. 6 more Airports will be up for auction soon. Rs 13,000 crore for upgradation of Airports.

👉 Restrictions on utilisation of Indian airspace to be eased for civilian flights; Rs 1,000 crore per year benefit to aviation sector.

👉 India to become a global hub for Aircraft Maintenance, Repair and Overhaul.

👉 ‘Make In India’ focus for Defence Production; import of some weapons to be banned. Indigenisation of some imported spares.

👉 Restrictions on utilisation of the Indian Air Space will be eased so that civilian flying becomes more efficient.

👉 India to become a global hub for Aircraft maintenance, repair and overhaul.

👉 Research Atomic Reactor in PPP mode for production of medical isotopes & encourage affordable treatment of cancer and diseases such as Covid-19.

👉 Facilities to be set up on PPP mode to use Irradiation Tech for food preservation. 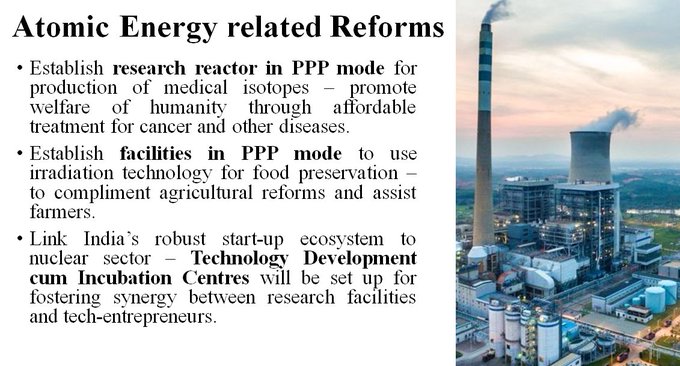 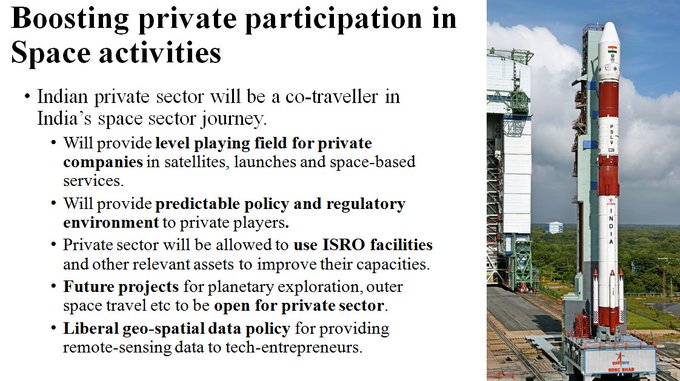 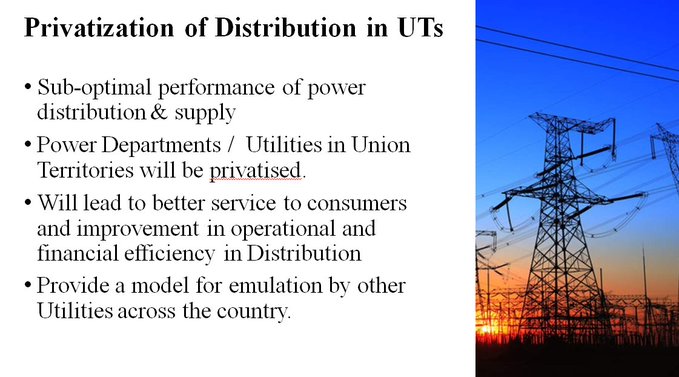 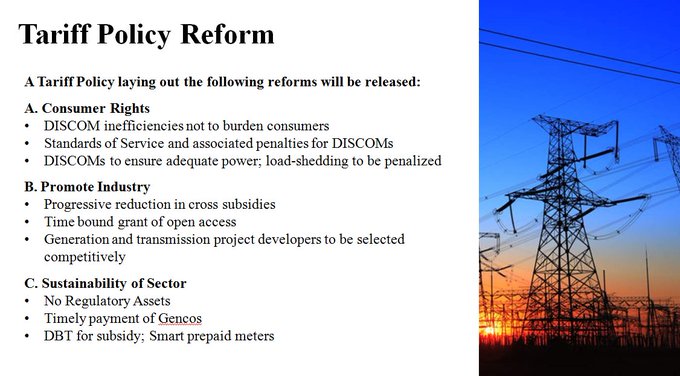 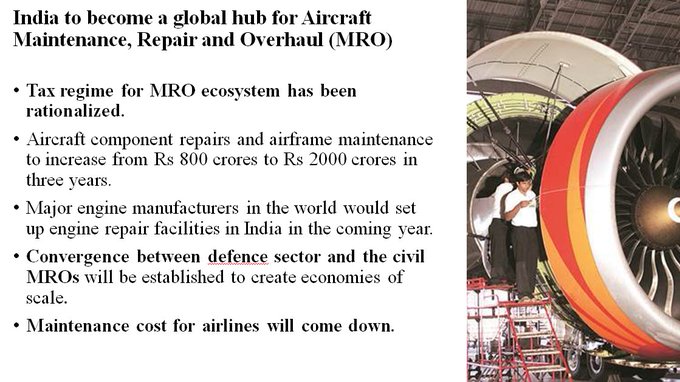 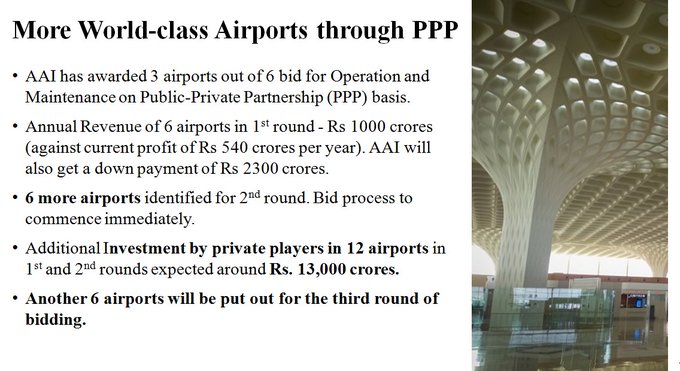 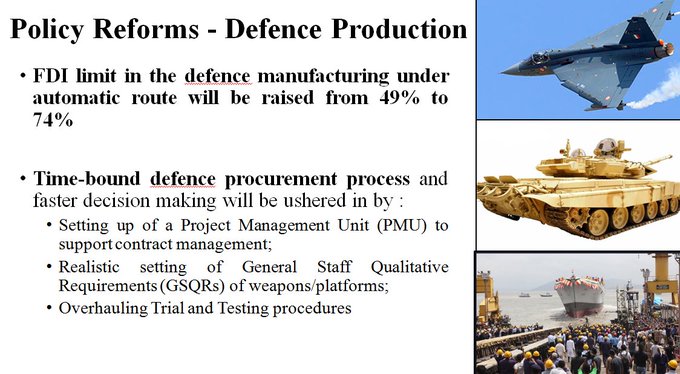 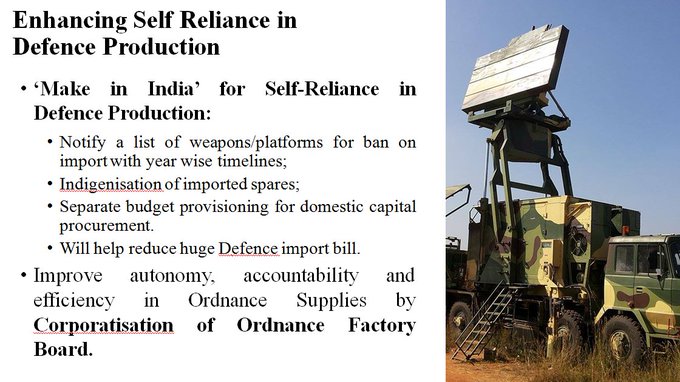