SSR Fans give Thumbs Down to Sadak 2 Trailer 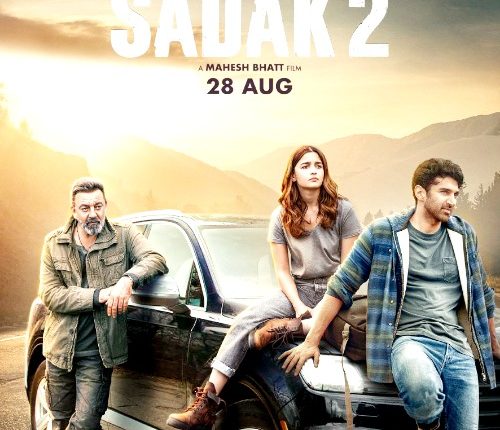 TNI Bureau: The trailer of Sadak 2 starring Sanjay Dutt, Alia Bhatt and Aditya Roy Kapur, has been released today. The film will premier on Disney+Hotstar on August 28.

In Mahesh Bhatt’s Sadak 2, Sanjay Dutt plays the role of a Taxi Driver ‘Ravi’ whose love Pooja, played by Pooja Bhatt in the original ‘Sadak’ has died. He embarks on a road trip with Aryaa (Alia Bhatt) and her boyfriend Vishal (Aditya Roy Kapur). The Sadak 2 trailer looks very promising, generating curiosity among the viewers.

The trailer was released a day after the reports of Sanjay Dutt’s stage 3 Lung Cancer. While the Actor would go abroad for treatment battling the biggest battle of his life, the movie would be released, marking his return to Bollywood almost after a year.

On Fox Star Hindi, the trailer has received over 48 lakh views at 7 PM. However, fans of Sushant Singh Rajput (SSR), who have waged a war on Mahesh Bhatt, giving it a big thumbs down. While the trailer has recorded 1.4 lakh likes, it got 2.3 million (23 lakh) dislikes.