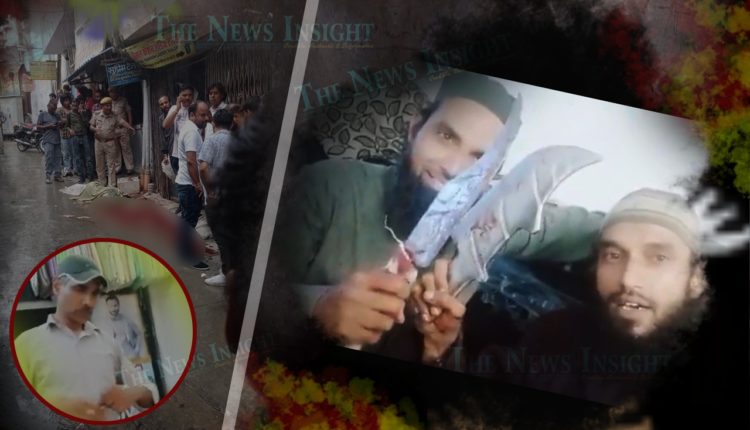 Insight Bureau:  In a heart wrenching incident, a tailor was murdered in broad daylight at a shop at Bhootmahal area in Rajasthan’s Udaipur on Tuesday. They also threatened PM Narendra Modi in the video.

Kanhaiya Lal, a 40-year-old tailor, was beheaded by two assailants in his shop, days after he published a social media post supporting BJP leader Nupur Sharma.

The accused came to a tailor’s shop on the pretext of giving measurements for clothes, then brutally killed the shopkeeper and filmed the crime.

Soon after, they circulated a video of themselves confessing to the killing on social media.

The brutal daylight murder sent shock waves across the city. With a video of the murder being widely circulated on social media, local shopkeepers downed their shutters after the horrific murder today.

Heavy police deployment was ordered in the area and shops in five nearby areas were closed.

Internet services have been temporarily suspended for the next 24 hours in Udaipur district following the murder.