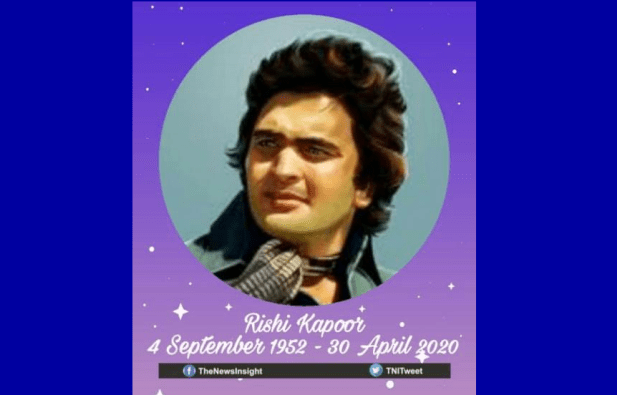 TNI Bureau: One of the finest Actors in Indian Cinema, who entertained the audience with his superlative performance, departed the world today. Veteran Bollywood Actor Rishi Kapoor passed away this morning at the age of 67 after a long battle with cancer.

He was taken to hospital on Wednesday morning after complaining of breathing problem. Rishi was diagnosed with cancer in 2018.

He received the National Film Award for his debut role as a child artist in 1970 in his father Raj Kapoor’s film, Mera Naam Joker.

Rishi bagged the Filmfare Best Actor trophy for his first role as a lead actor in ‘Bobby’.

Rishi’s demise came just a day after the shocking demise of another Bollywood gem Irrfan Khan at 54.

From ‘Bobby’ to ‘Karz’, ‘Amar Akbar Anthony’ and ‘Prem Rog’, he mesmerised the audience. He was one of the best romantic heroes of his era.