Rise of Rishi Sunak as Prime Minister of UK

After a month-long political crisis in the United Kingdom, Indian-Origin Rishi Sunak has paved his way forward to become the Prime Minister of UK. 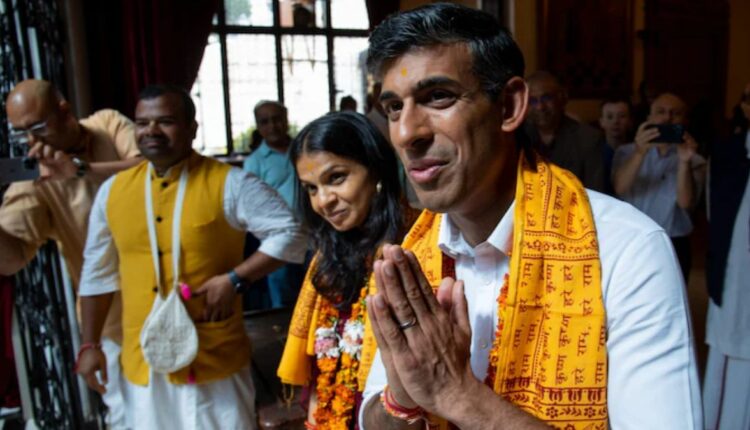 TNI Bureau: After a month-long political crisis in the United Kingdom, Indian-Origin Rishi Sunak has paved his way forward to become the Prime Minister of UK.

After rival Boris Johnson withdrew from the race, Rishi Sunak will assume leadership of the country as prime minister. Sunak, a 42-year-old former finance minister, may become Britain’s third prime minister in less than two months. As the nation continues to grapple with political and economic instability.

Sunak declared his candidacy for the Conservative Party’s leadership in a brief statement. “The UK is a great country, but right now we are going through a terrible economic crisis”

Britain’s economic situation worsened following Johnson’s resignation earlier this year. In 2019, Johnson, who served as the face of the Brexit campaign, guided his party to a stunning victory. His Successor Liz Truss was only in charge for 44 days until she left citing an economy policy that destroyed the nation’s economic credibility.

The nomination period is currently open and will end on Monday at 2 p.m. (local time).  They were opened on Thursday. The contenders must receive the endorsements of at least 100 Conservative MPs in order to advance to the next round. In total, there are 357 MPs. The contender in case by the deadline has the backing of at least 100 of their coworkers. They will succeed David Cameron as the Tories’ next leader.

Nobody anticipated that Richmond MP Rishi Sunak would return to Downing Street after his loss to outgoing prime minister Liz Truss this summer. But in the midst of a terrible economic crisis, his grave predictions about Liz Truss. ‘ “fairy-tale” tax ideas started to haunt the prime minister. When the UK markets fell after Liz Truss’ government announced its mini-budget. Rishi Sunak felt vindicated and his statements from their debates were extensively circulated on social media.

As well as seeing his former leadership rival’s terrible rule, Rishi Sunak, for his part, kept his mouth shut throughout the entire ordeal. However, the Tory party supported Rishi Sunak for the position as Liz Truss declared her resignation from the position.

Just in time for Diwali and after a particularly volatile political year, Rishi Sunak has been elected as the first British prime minister of Indian descent.

Sunaks are a Punjabi Khatri family from Gujranwala who now are settled in Pakistan. In 1935, Rishi’s maternal grandfather Ramdas Sunak moved from Gujranwala to Nairobi to work as a clerk.
A decline in Hindu-Muslim ties, according to Michael Ashcroft, Rishi’s authorised biographer, was a factor in the decision to relocate to Nairobi.
Suhag Rani Sunak, the wife of Ramdas, and her mother-in-law first relocated to Delhi from Gujranwala before they wen to Kenya in 1937. 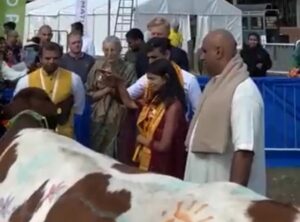 Ramdas was an accountant who eventually ascended to the rank of administrative officer with the Kenyan colonial government, claims a source connected with the family. Three sons and three daughters out of six children born to Ramdas and Suhag Rani.

The father of Rishi, Yashveer Sunak, who was born in Nairobi in 1949, was one among them. In 1966, Yashveer migrated to Liverpool and enrolled in the University of Liverpool to pursue a degree in medicine. He now resides in Southampton. The three daughters of Ramdas and Suhag Rani attended Indian schools.

Additionally, Rishi has openly proclaimed as a “proud Hindu.” He has claimed that, while identifying to himself as “thoroughly British,” his religious and cultural ancestry is “Indian,” just similar to that of his wife, and that “he is honest about being a Hindu”. He had mentioned previously his religious reasons for refraining from beef in addition to the fact that he maintains a Ganesha idol on his desk.

Sunak in his Origin country is known mainly through his wife Akshata Murty the daughter of Narayana Murthy, the co-founder of Infosys.

You may consider it as a conjunction or synchrony. Every Indian’s mouth-word at this point of time could be that. An Indian is set to take charge as a leader of the British as we celebrate 75 years of Independence. Most of Indian’s are currently at a belief that the. Time is in Synchrony to the events that took place before 1947. The people of Indian diaspora in the UK are celebrating Diwali, with a great news. An Indian is set to rule Britain, has garnered a large number of reactions from across the globe and especially from India.

Former UK Prime Minister David Cameron in a tweet added – “I predicted a decade ago that the Conservatives would select our first Brit Indian PM & proud today that comes to be. I wish Rishi the very best, he has my wholehearted support”

In 1947 on the cusp of Indian Independence, Winston Churchill supposedly said “…all Indian leaders will be of low calibre & men of straw.” Today, during the 75th year of our Independence. We’re poised to see a man of Indian origin anointed as PM of the UK. Life is beautiful…Anand Mahindra said in a Tweet. The Indian Prime Minister also whished the new UK Prime Minister through a tweet

Warmest congratulations @RishiSunak! As you become UK PM, I look forward to working closely together on global issues, and implementing Roadmap 2030. Special Diwali wishes to the 'living bridge' of UK Indians, as we transform our historic ties into a modern partnership.

In PICs: Kali Puja In Cuttack

Solar Eclipse to be visible in Odisha for 20 Mins; Details Here