Raghunath Mohapatra dies of Covid-19. He was 78.

By Sagarika Satapathy Last updated May 9, 2021 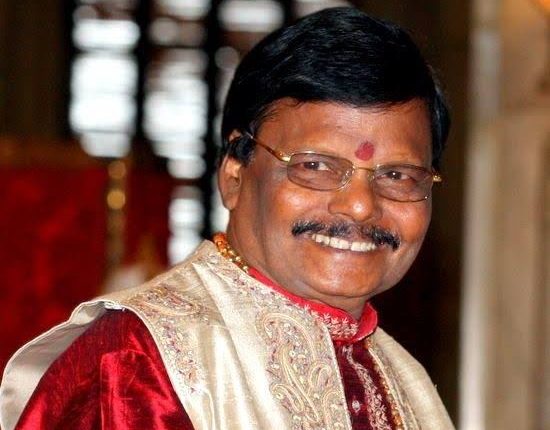 TNI Bureau:   Eminent sculptor & Rajya Sabha MP from Odisha, Padma Vibhushan Raghunath Mohapatra died on Sunday at a hospital in Bhubaneswar due to COVID-19 complications. He was 78.

Mohapatra was admitted to AIIMS, Bhubaneswar on April 22 after being diagnosed with COVID 19.

Raghunath Mohapatra, a doyen of stone sculpture was awarded Padma Shri in 1975, Padma Bhushan in 2001 and Padma Vibhushan in 2013 for his contribution towards preservation of ancient manuments and architectural structures. He won his first national award at the age of 22.

Raghunath Mohapatra had a dream to construct a 2nd Konark, but it remained unfulfilled.

Earlier, PM Narendra Modi had spoken to Raghunath Mohapatra’s son  to enquire about his health condition.

Saddened by the demise of MP Shri Raghunath Mohapatra Ji. He made pioneering contributions to the world of art, architecture and culture. He will be remembered for his contributions towards popularising traditional crafts. My thoughts are with his family and admirers. Om Shanti.

Hon'ble Governor is anguished to learn about the sad demise of sculptor of international repute & RajyaSabha Member Sri Raghunath Mohapatra and conveyed his sympathy to his family & friends. 'He will be eternally remembered for his exquisite sculptures,'observed Hon'ble Governor.

Anguished by the passing away of the doyen of stone sculpture, an illustrious son of Odisha and Rajya Sabha MP Padma Vibhushan Shri Raghunath Mohapatra. A man who could infuse life into stones, Raghunath ji was one of the biggest ambassadors of Odisha’s art, culture and history. pic.twitter.com/pyH2LdhCjC

It's a huge loss for Odisha. My deep condolences to the bereaved family.

It's a huge loss for our State as well as the Nation. A void has heen created at his demise. Om Shanti. 🙏 pic.twitter.com/pPgd1z6XCw

Deeply pained at passing away of eminent sculptor, Hon'ble Rajya Sabha MP & Padma Vibhushan Shri. Raghunath Mohapatra. He was a legend, humility with affection personified. His hands breathed life into stones. My deepest condolences to his family. May his soul rest in peace. pic.twitter.com/3tZIovPlj0