The terror law has been the centre of controversies for the past few years now because of the extended custody period which makes bail difficult, restriction on right to bail 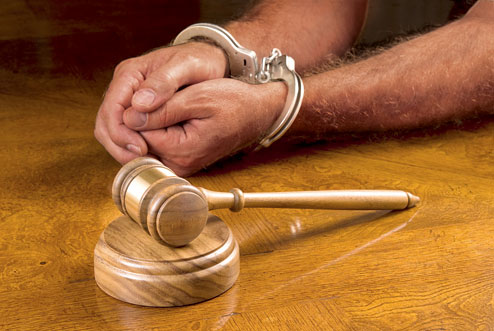 By Aditee Dash: The death of 84-year-old tribal rights activist Stan Swamy has again triggered the debate on indiscriminate use of draconian laws like UAPA and Sedition for stifling dissenta nd violating civil liberties of individuals. The terror law has been the centre of controversies for the past few years now because of the extended custody period which makes bail difficult, restriction on right to bail, dependence of the court on police documents for trial and a very dismal conviction rate.

UAPA can very well be called a deadly combination of the repealed Prevention of Terrorism Act (POTA) and Terrorist and Disruptive Activities Prevention Act, 1987 (TADA) laws which were repealed after massive outcries and judicial dissent, but what makes this combination more horrifyingly deadly is an overly sensitive government that is ever ready to slap UAPA cases on any individual who dares to raise his/her voice against it.

UAPA is an anti-terror law for use in exceptional cases but reports from the NCRB show that the government has been using this law indiscriminately to stifle any kind of voice that rises against it. The data shows an increase of 33% as compared to the year 2016, in the number of arrests under UAPA and Sedition law. The list is long starting form student activists like Safoora Zargar protesting against CAA, Umar Khalid’s alleged involvement in the Delhi riots case to journalist Siddique Kappan’s arrest. The application trend of UAPA shows clear usage for supressing political rivals and dissenters. The contention of the government that the law is for furtherance of national security does not hold ground as every statute must adhere to the fundamental rights of citizens and this law clearly violates the right to freedom of speech and expression which includes right to political dissent.

Of recently the judiciary hascome to the rescue of these individuals arrested under UAPA and has been very vocal about the gross misuse of draconian laws by the government in several cases. The Delhi High Court very recently granted bail to Natasha Narwal, Devangana Kalita and Asif Iqbal Tanha in the Delhi riots cases in which the three activists were arrested under the UAPA. The court also managed to put significant restraints on the indiscriminate abuse of the law by establishing important principles for application of such a law. Recent comments from Justice D.Y.

Chandrachud against the misuse of the stringent law for “quelling dissent” came as a ray of hope for possible restoration of the democratic principles of civil liberty in the country.

Hence, although it cannot be denied that to control terrorism sometimes arbitrary actions are needed but the government using the same law for harassment of citizens is of no beneficial consequence therefore, the law should be repealed and replaced with a law that allows a greater degree of transparency and judicial scrutiny.