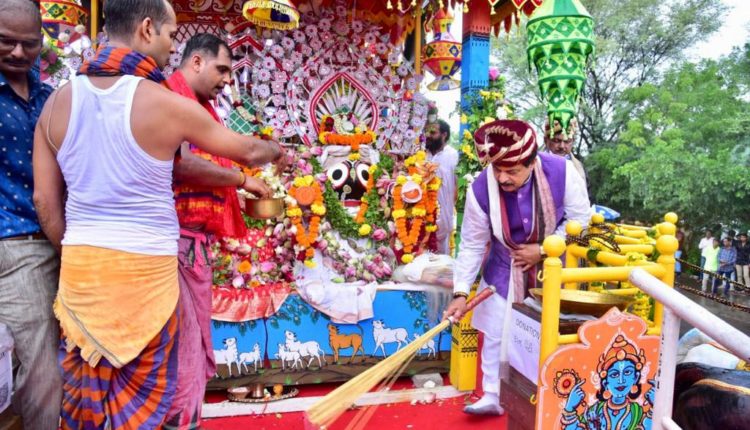 Annual Ratha Jatra Festival is being celebrated at the Jagannath Temple at Adalaj in between Ahmedabad and Gandhi Nagar in Gujarat with traditional gaiety and fervour. Hosted by the Temple Management body Shree Jagannath Cultural Academy and Research Centre (JCARC) the chariot pulling ceremony was observed with much fanfare.

Since the Ratha Jatra has been celebrated with sea of devotees after two years of Corona Disruption, unusual enthusiasm and enchantment were witnessed among the devotees during the occasion. 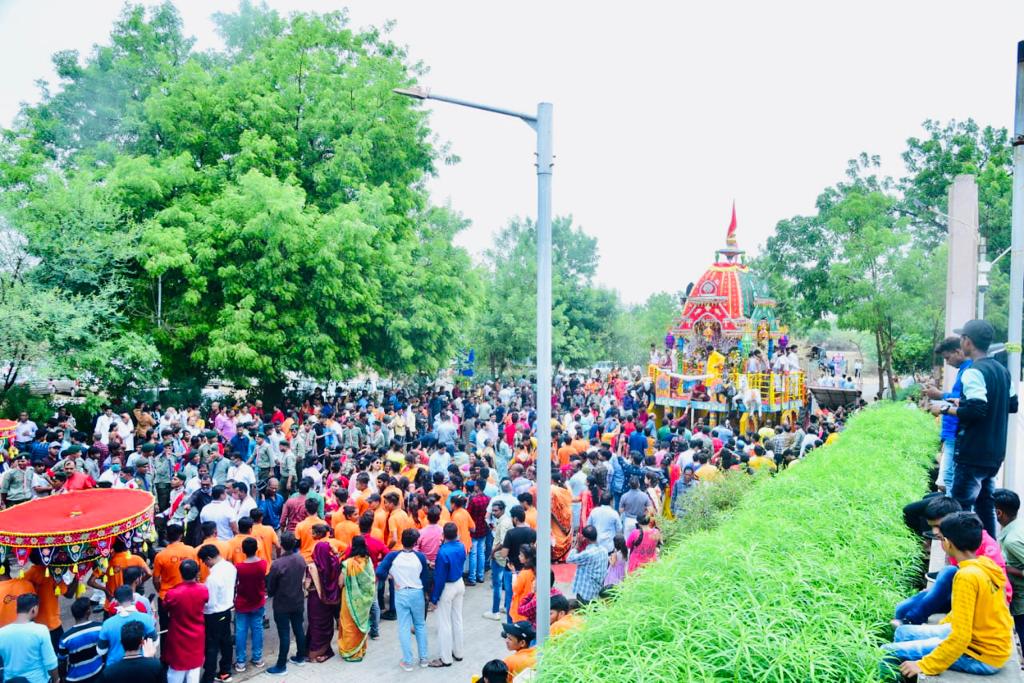 The holy day started from the dawn with the performances of the Religious rituals like Mangala Arati, Abakash, Mailam, Worshipping Sun, Praying Gatekeepers and Sahana Mela by the Servitors. Since the Weather God was pleasant, around 15,000 devotees gathered to witness the Festival. Around 10 A.M. in the morning the Four Deities were taken in Pahandi to the colourfully decorated 22 feet high Chariot with the recitals of hymns, shouting of Slogans like Haribol, Jai Jagannath and Playing of musical instruments like Ghanta, Kartala, Mardala, Jhanja and Mrudanga. The special attraction of the event was the Pahandi Journey of Goddess Subhadra being conducted exclusively by ladies. The Revenue Minister of Gujarat Rajendra S. Trivedi, Chairman of JCARC Dr. Sudeep Kumar Nanda and Municipal Commissioner of Surat Banchhanidhi Pani did the Traditional Sweeping of Chariot called Cherrapahanra. 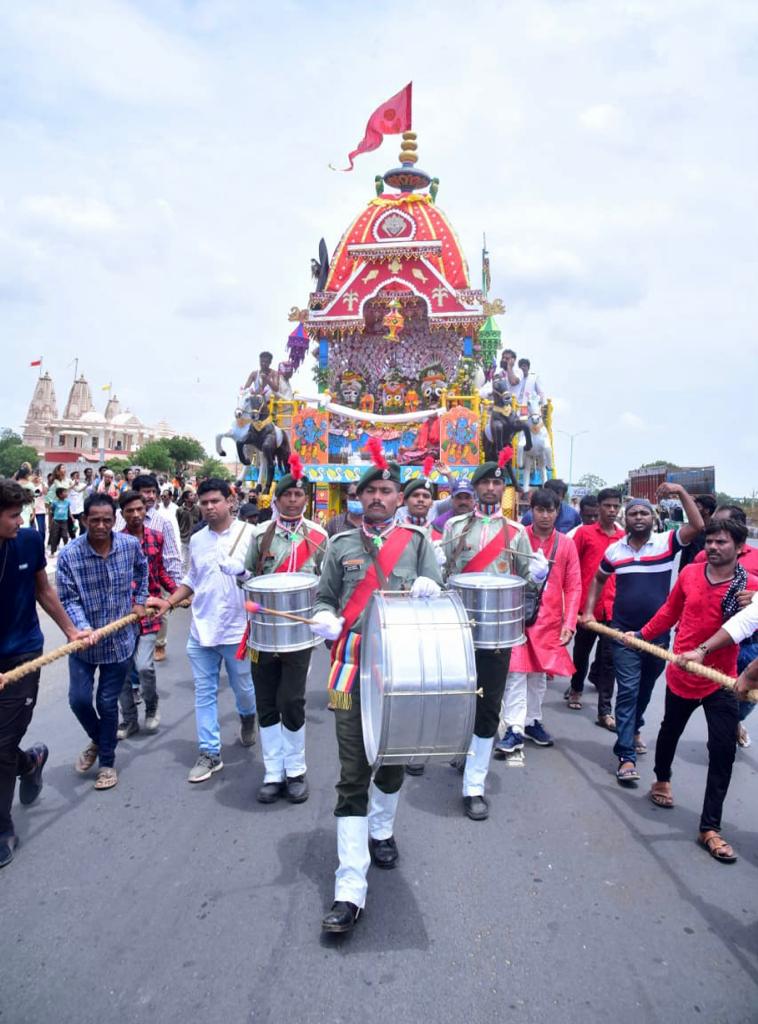 The chariot was pulled at a Six Kilometer stretch Road till Shani Temple, Swami Narayan Temple and Tree Temple and then Brought back to the premises of the Temple at 4 p.m. After that the Deities were taken back from the chariot and placed in the pandal at the community hall of temple in ground floor. The general public can have a view of Gods and Goddess here till the Niladri Bije day informed the member secretary of JCARC Badri Mahapatra. 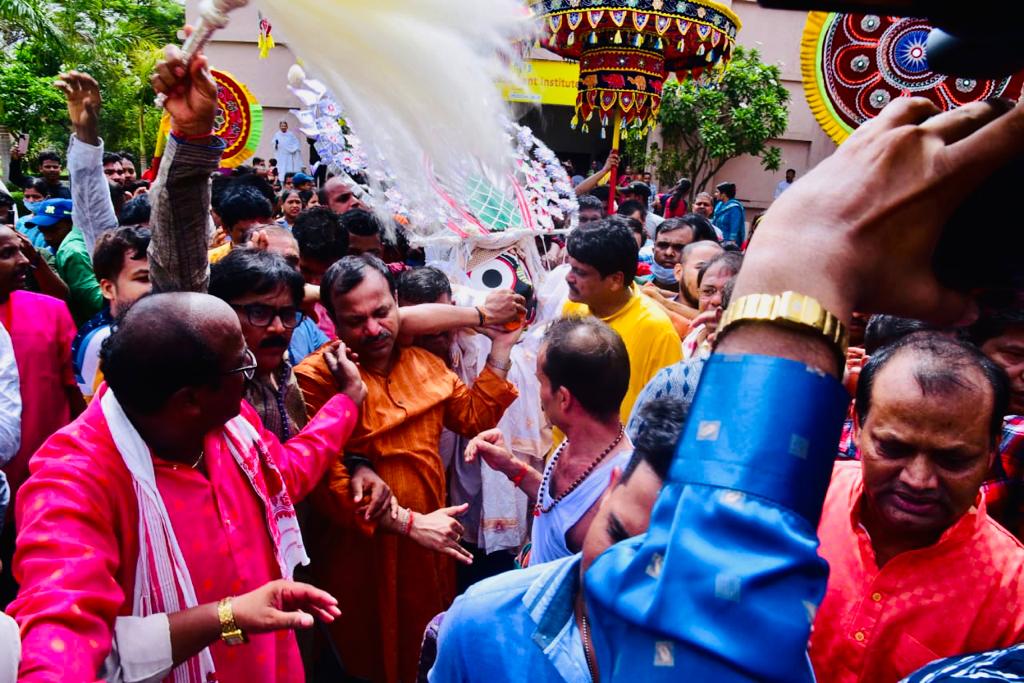