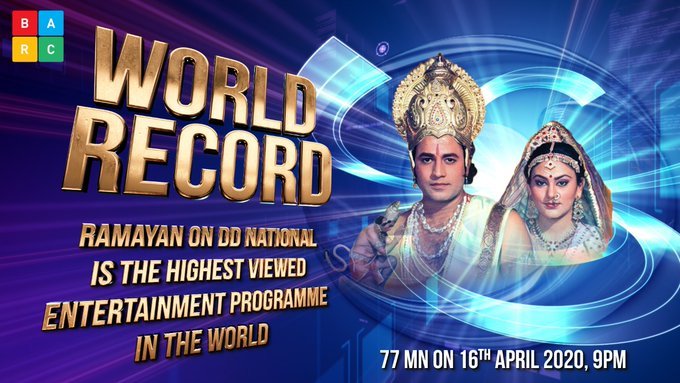 DD National started re-aired of ‘Ramayana’, one episode in morning 9 am to 10 am and another in the evening from 9 pm to 10 pm since March 28 on public demand.