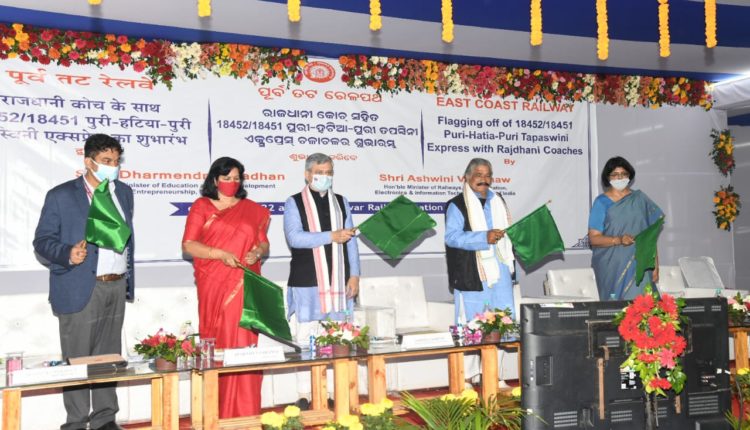 Here is the full details of the key developments-

Addressing the gathering, Vaishnaw informed that no project in the State would be delayed due to lack of funds. He directed officials to speed up the ongoing works on war footing.

On the progress of Khurda Road-Balangir project, the Minister said construction was hampered due to delay in land acquisition.

Tender process for installation of 2,379 new mobile towers in 10 aspirational districts of Odisha has begun and the work will start soon, he said.

“The Cabinet had approved the scheme for 7,287 uncovered villages of 44 aspirational districts across five states at an estimated cost of Rs 6,466 crore including operational expenses for five years. Since more than half of the uncovered villages are located in Odisha, the State will get the highest Rs 3,200 crore under the scheme,” he informed.

The 10 aspirational districts to be covered include Balangir, Dhenkanal, Gajapati, Kalahandi, Kandhamal, Koraput, Malkangiri, Nabarangpur, Nuapada and Rayagada. The maximum 1,094 villages belong to Kandhamal, followed by 966 in Rayagada, 520 in Koraput, 516 in Kalahandi, 467 in Gajapati, 306 in Malkangiri and 11 each in Balangir and Dhenkanal.

In addition to the scheme, 483 more mobile towers are also being installed with an estimated cost of Rs 421.66 crore in nine districts of the State under Left Wing Extremists (LWE) Project Phase II, likely to be completed by March 2023.

The Union Minister also informed about the provision of 272 new post offices in LWE districts of the State.

Ashwini Vaishnaw also laid foundation stone for development of second entry & circulating area of Cuttack Railway Station; “This will be developed into a world-class railway station. It’ll have direct connectivity with highway,” says the union minister.