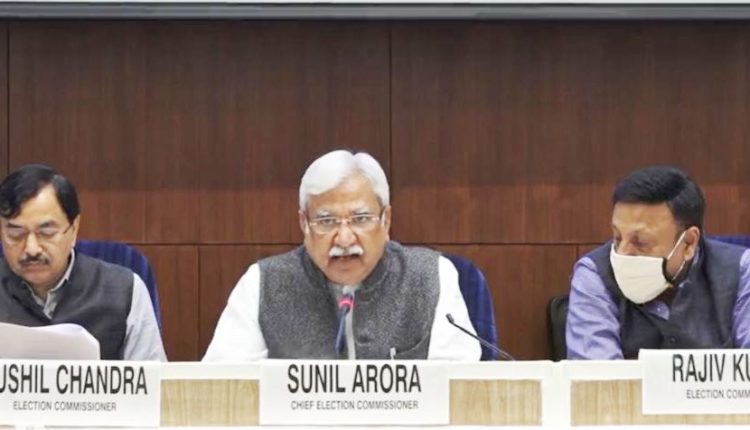 TNI Bureau:  The Election Commission of India has announced the schedule for Assembly Polls in West Bengal, Assam, Tamil Nadu, Kerala and Puducherry.

During the press conference, Chief Election Commissioner Sunil Arora said that a total of 824 assembly constituencies will be going for polls during the upcoming elections.

Model Code of Conduct will come into force immediately after the announcement of the election dates.

➡️ Kerala Assembly elections (140 Seats) to be held on 6th April; counting of votes on 2nd May.

➡️ Puducherry elections (30 Seats) to be held on 6th April, counting on 2nd May.

➡️ A total of 824 assembly constituencies will be going for polls during these elections.

➡️ The expenditure limit for Puducherry will be Rs 22 lakh per constituency and rest of the States will be Rs 30.8 lakh.

➡️ Adequate CAPFs will be deployed during elections.

➡️ Door to door campaign to have only five people.

➡️ All poll officers will be vaccinated.