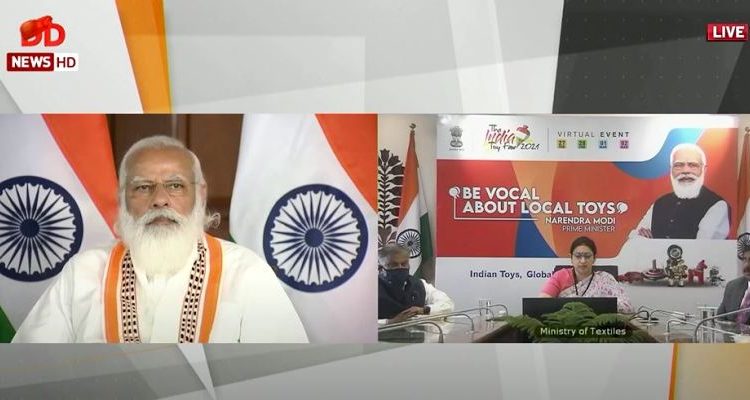 He said that Indian toys are basically made out of natural and eco-friendly material and the colour used are also natural and safe. So, the toy manufacturing industries of the country should try to use less plastic in the process of toy making and to use things that can be recycled.

Earlier, a press release from Prime Minister’s Office (PMO) said, “Toys play a significant part in the development of a child’s mind and also help improve psychomotor and cognitive skills in children.”

In his Mann ki Baat address in August 2020, the Prime Minister had said that toys not only augment activity, but also give flight to aspirations. Noting the importance of toys in the holistic development of a child, the Prime Minister has earlier also emphasized boosting toy manufacturing in India.

The fair which will conclude on March 2, aims to bring together all stakeholders including buyers, sellers, students, teachers and designers on a virtual platform to create linkages and encourage dialogue for the overall development of the toy industry, the PM’s Office said in the statement.

This is an initiative under Prime Minister Narendra Modi”s “Atmanirbhar Bharat” and “Vocal for Local” campaigns to empower and strengthen the toy industries in our country.