Aditi Ashok could only manage a fourth-place result in Round 4, just missing out on India's maiden golf medal by a whisker. 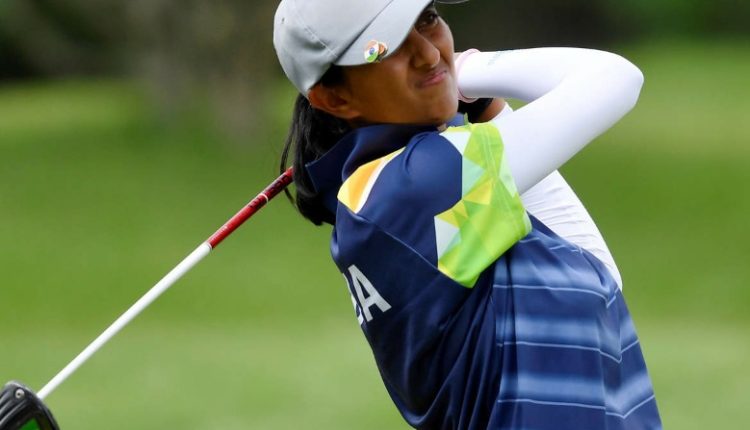 TNI Bureau: Golfer Aditi Ashok could only manage a fourth-place result in Round 4, missing out on India’s maiden golf medal by a whisker. It was a heartbreaking place for the World No. 200, who had finished the previous three rounds in second place at Tokyo Olympics.

World No. 1 Nelly Korda took the Gold while Inami Mone won the Silver. The Bronze medal went to Lydia Ko.

Aditi joins a select group of indian athletes to finish fourth at an individual event at the Olympics . The group includes Milkha Singh, PT Usha and Dipa Karmakar.

The 23-year-old made five birdies on her way to a famous fourth place on fifteen under 201, ahead of Hannah Green of Australia and Per sen of Denmark, who tied for fifth. At the Kasumigaseki Country Club, the Indian shot 68 (-3) on the last day.

Aditi made a perfect start to the course with three birdies in the opening eight holes, including back-to-back ones on holes 5 and 6. Nelly Korda, who had been sailing very easily in the final round, had a nightmare when she made a double bogey on the 7th hole, allowing Ashok and Lydia Ko of New Zealand to share for first place.

After earning par on the 10th, the Indian had a tough conclusion to her outward rounds, sinking her first bogey of the day on the second inward hole. Meanwhile, Nelly Korda miraculously rebounded from her double bogey with three straight birdies to reclaim the lead.

With the final three holes to play, Ashok kept her nerves to putt birdies on the 13th and 14th holes and par on the 15th, allowing her to stay in the top four. Lydia Ko then had a bogey on the 16th hole, tying her for third place with Ashok. The play was unexpectedly halted owing to the severe weather in the vicinity at that point.

Before the last hole, Aditi was in 4th place with 15-under, while Nelly Korda and Mone Inami were tied for first place with 17-under, and Lydia Ko was in 2nd place with 16-under. After the play resumed, Aditi gave her best shot in the final round, but that was not enough and she finished 4th.

Aditi won the Lalla Aicha Tour School, becoming the youngest and first Indian to do so, and securing her Ladies European Tour card for the 2016 season. She became the youngest winner of a Q School for an international tour as a result of this win. Aditi won the 2016 Hero Women’s Indian Open with a 3-under-par 213 total, becoming the first Indian woman to win on the Ladies European Tour.

Her victory drew a lot of attention in a country where cricket is the most popular sport. Her victory was published on the main page of India’s largest newspaper, the Times of India, and she was interviewed on national television. She won again two weeks later at the Qatar Ladies Open, finishing second on the Order of Merit for the season. She was named Rookie of the Year.

She also qualified for the LPGA Tour in 2017 by winning the LPGA Final Qualifying Tournament. Aditi became the first Indian woman to play on the LPGA Tour in 2017, finishing ninth in the Louise Suggs Rolex Rookie of the Year rankings. In 2018, she earned 17 cuts in 24 tournaments and finished in the top ten twice.

She tied for a career-low score of 64 at the Walmart NW Arkansas Championship and finished T6 in the Volunteers of America LPGA Texas Classic. She had the second-lowest putting average on the LPGA at the end of the year. Aditi made the cut in 13 of the 22 LPGA Tour tournaments she played in 2019, with a best season finish of T13 at the CP Women’s Open. On the Ladies European Tour, she finished the year with back-to-back second-place finishes. She had finished 41st at Rio Olympics 2016.