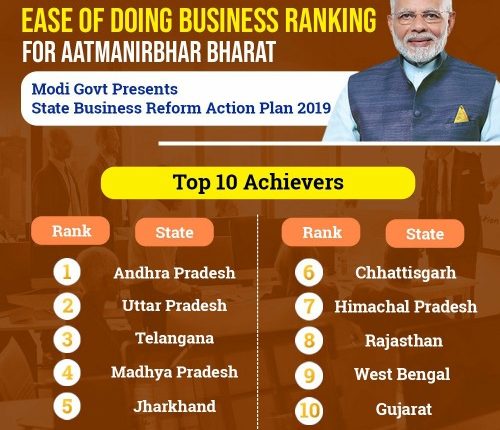 TNI Bureau: In a big disappointment for the State, Odisha has slipped to 29th position in the ‘Ease of Doing Business’ rankings 2019 released by the Centre today.

The ranking of States based on the implementation of Business Reform Action Plan started in the year 2015. Till date, State rankings have been released for the year 2015, 2016 and 2017-18. The Business Reform Action Plan 2018-19 includes 180 reform points covering 12 business regulatory areas such as Access to Information, Single Window System, Labour, Environment etc.

Odisha had secured 14th position last time. The sudden and unexpected fall in the rankings, may warrant answers from the State Government, which keeps boasting about huge investments and better employment opportunities.

Andhra Pradesh has retained its top spot, while Uttar Pradesh has made significant gains to reach the No. 2 spot. Other States in the Top 10 are Telangana (3rd), Madhya Pradesh (4th), Jharkhand (5th), Chhattisgarh (6th), Himachal Pradesh (7th), Rajasthan (8th), West Bengal (9th) and Gujarat (10th). Delhi was the Best Performer among the Union Territories. 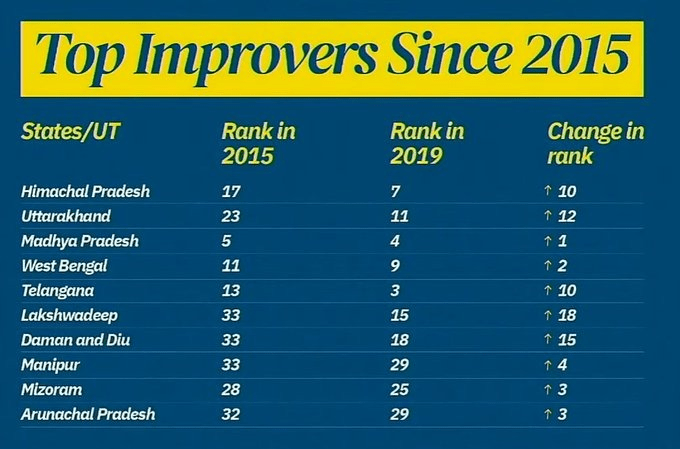