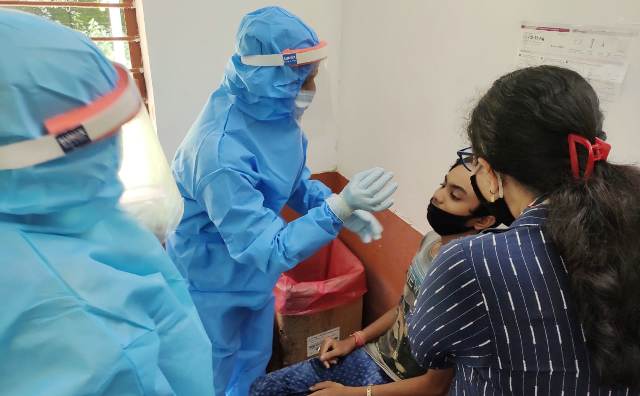 TNI Bureau: India has reported 90,632 fresh cases of Coronavirus on September 5, taking the tally to 41,13,811. This is the biggest single-day spike in India and world. At least 73,642 people have recovered while 1065 new deaths have been reported across the country in the last 24 hours.

👉 Maharashtra continues to be the worst affected State with 20,800 new cases and 312 deaths. This is the highest-ever daily positive cases in any state in the country and world.

👉 Bihar and Uttar Pradesh lead the pack in aggressive testing. UP tested 148,229 samples on September 5. Since 19th August, UP has been conducting more than 1 lakh tests on a daily basis.

👉 Bihar is also testing high number of samples. The state conducted 150,483 tests yesterday – highest in the country. Since 13th August, the State has tested more than 1 lakh samples in a day 20 times. 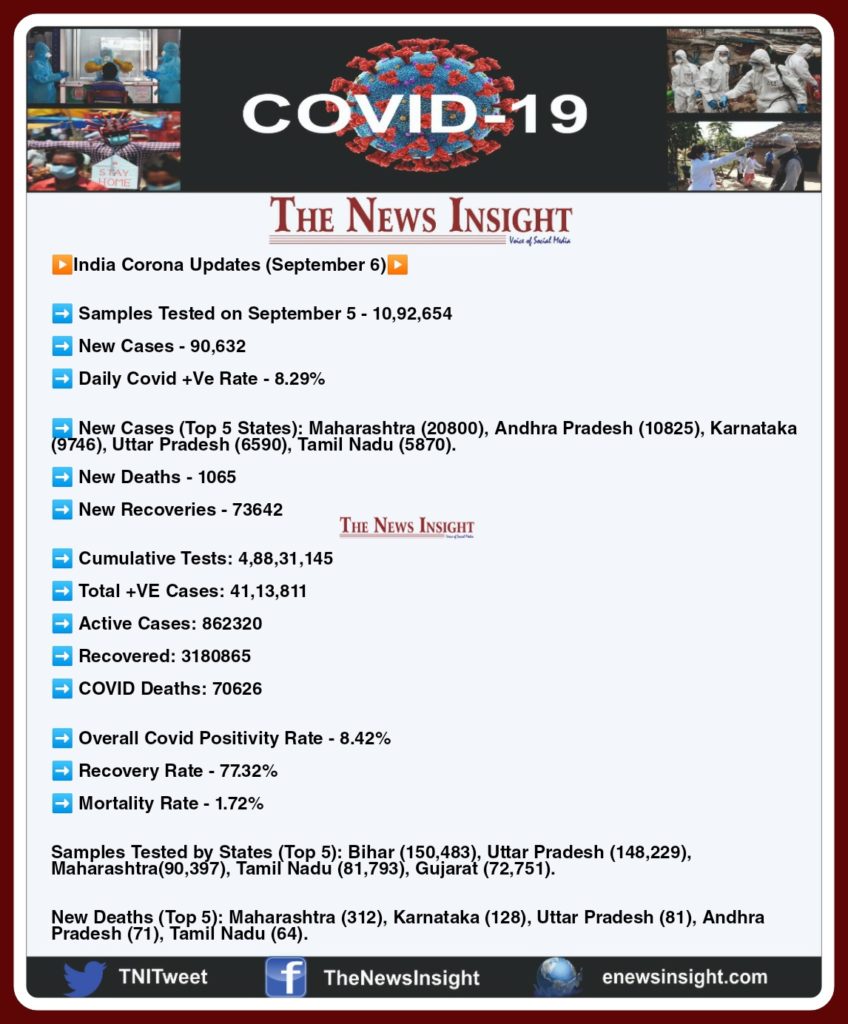