All support provided to them to reach their village in Mayurbhanj District. 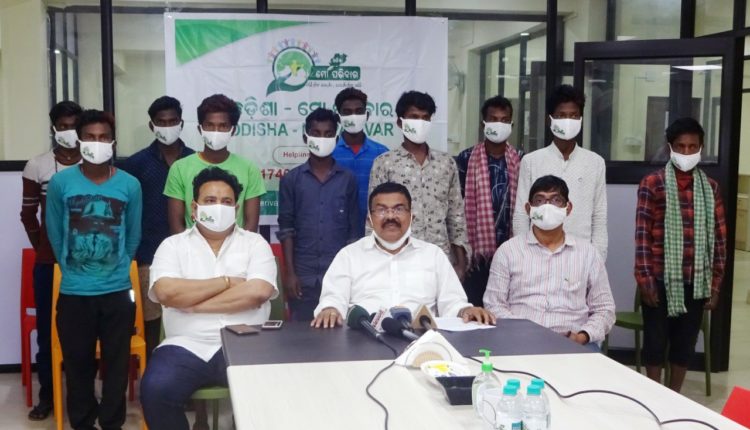 TNI Bureau: The Odisha-Mo Parivar has rescued 11 stranded Odias from Telangana and made all arrangements to send them back to their home district Mayurbhanj.

The Odia labourers hailing from Parichchipur village under Gopabandhu nagar block of Mayurbhanj district of Odisha, were working at the Shri Shyam Stonex in Kazipuram village under Karimnagar district of Telangana.

They were exploited by the company and did not receive any remuneration even after working for two months. The broker played the spoilsport as the company owner asked the workers to leave the premises as soon as possible.

After going through a lot of hardship, the workers walked 60 km from Kazipuram to Vijayawada and reached Palasa by bus last night.

Odisha-Mo Parivar provided all logistical support to them to reach their village in Mayurbhanj. The workers expressed their gratitude to Odisha-Mo Parivar, Convener Arup Patnaik and MLA Bikram Panda for providing much needed assistance to them during their tough times.