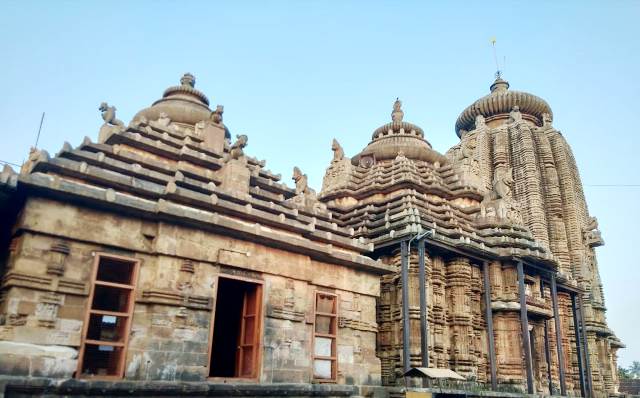 The Chief Secretary cited serious discontentment from sevayats and devotees and all people of Odisha over the draft bye-laws, which were prepared without consulting the stakeholders.

While the NMA bye-laws related to Puri Srimandir were withdrawn earlier after CM Naveen Patnaik and ruling BJD (as well as opposition BJP) raised the issue, the same for the Ekamra Kshetra Temples were not withdrawn.

The Odisha Chief Secretary fears widespread agitation across Odisha on this issue, which may disturb day-to-day rituals in the temples. “This kind of atmosphere in temples is bound to hurt the religious sentiments of lakhs of devotees,” he wrote.

Nobody wants any disturbances ahead of the Annual Maha Shivratri Festival on March 11. So, Chief Secretary Suresh Chandra Mohapatra has urged the Union Culture Secretary to withdraw these bye-laws immediately and may hold a stakeholder consultation with Sevayats, Temple Administration and the State Government.

Odisha Government has assured all kind of cooperation in this regard. 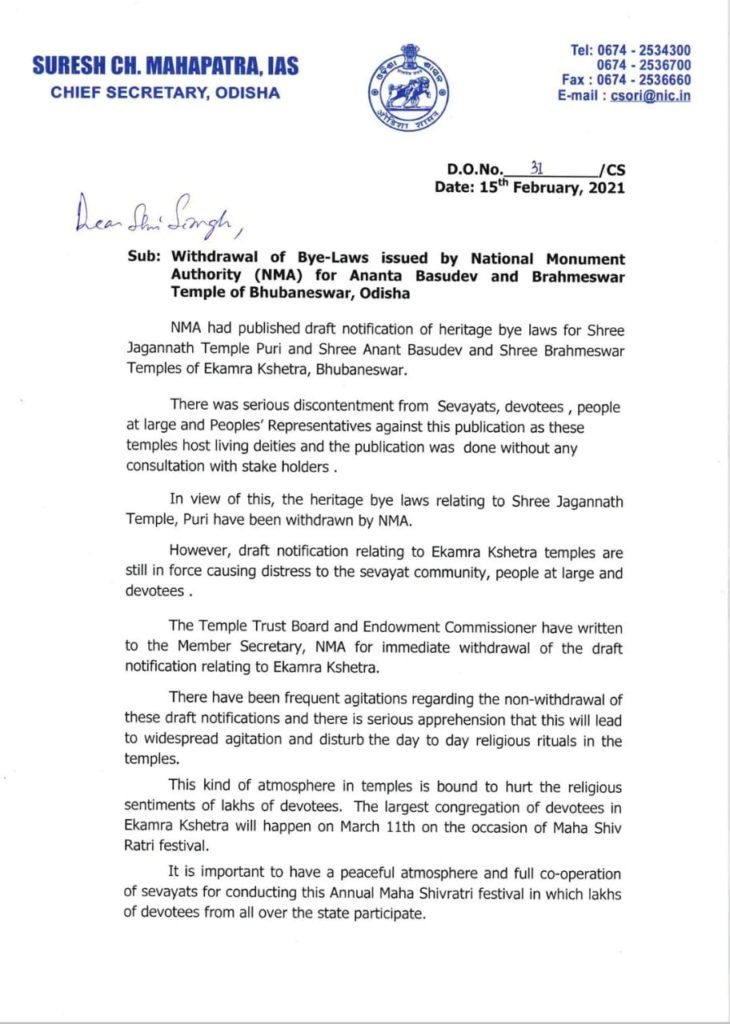 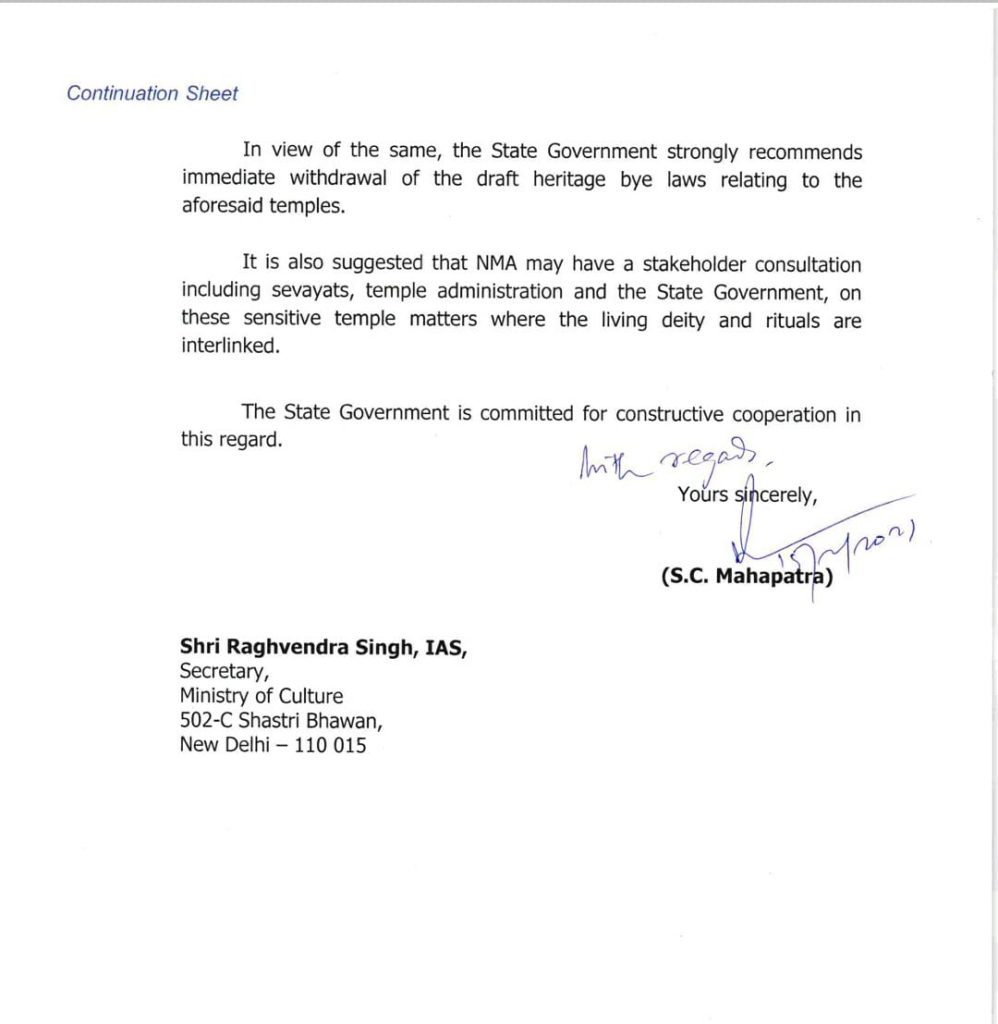 Odisha Govt to vaccinate People above 50 from March 1