The sandstone sculpture near Master Canteen was constructed by the Bhubaneswar Development Authority (BDA) in 1988. 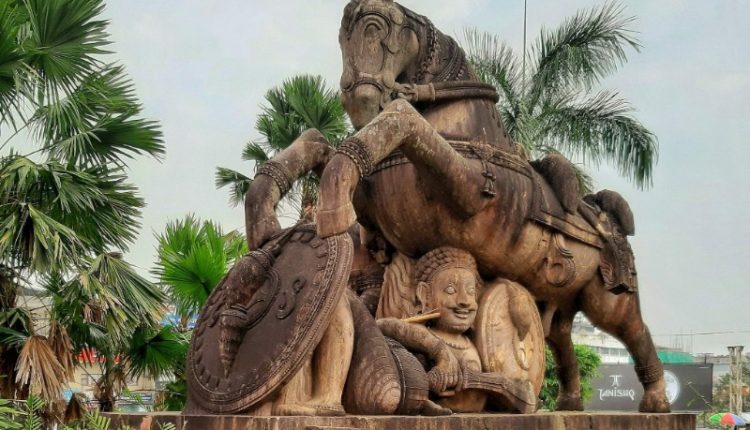 TNI Bureau:  According to Bhubaneswar Municipal Corporation (BMC) Commissioner Sanjay Singh, the iconic replica of the renowned sculpture of the Sun Temple at Konark depicting a warrior with a horse, chosen by the State government as part of its emblem, would not be relocated from the Master Canteen plaza.

The sandstone sculpture near Master Canteen was constructed by the Bhubaneswar Development Authority (BDA) in 1988. Padma Vibhushan Raghunath Mohapatra, the late famous sculptor, created it.

The original warrior and horse sculpture may be located at one of Konark temple’s entrances. It has been adopted as the official insignia and is featured prominently in the Government logo.

According to the official, a discussion about this has taken place at the government level.

The State Culture Department authorized a proposal by the Bhubaneswar Smart City Limited (BSCL) to relocate the statue that symbolizes the strength of ancient Kalinga earlier this month.

The State Government had stated that the famous sculpture will lose its visibility owing to road expansion and the development of a multi-modal hub at the Capital city railway station as part of the Smart City project. As a result, the administration explained, it would be put on the circular island in front of the Governor’s House to fully exhibit its beauty.