Rasagola Dibasa is being celebrated across Odisha today with traditional enthusiasm. 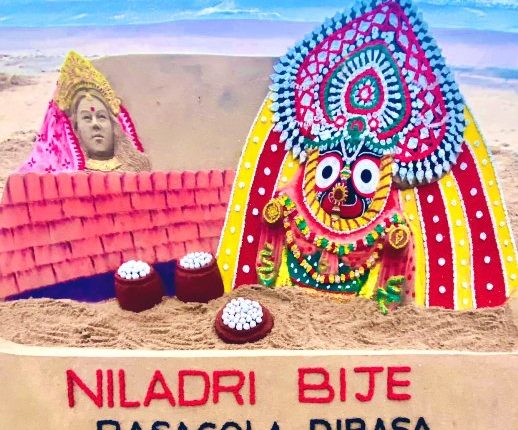 TNI Bureau:  Rasagola Dibasa is being celebrated across Odisha today with traditional enthusiasm.

After completing the nine-day annual sojourn to the Gundicha temple, Lord Jagannath and siblings returned home on Bahuda Jatra. The next day the trinity wore the Golden attire, called Suna Besha. The following day had Adharapana ritual. And today is Niladri Bije.

According to the local legend, Goddess Lakshmi gets upset because Lord Jagannath has picked his siblings instead of her to his aunt’s house so she locks Jai Vijay Dwar to prevents the trinities from re-entering the Puri temple. Therefore to please her, Jagannath offers her rasagolas after which he and his siblings would be admitted to Srimamdir.

This ritual is called Niladri Bije, trinities’s return to Shree Mandir. It is the last day of Ratha Jathra.

As 2015 was the year of the Nabakalebara that took place after 19 years, from that year, the day is observed as Rasagola Dibasa to mark the birth of the mouthwatering dessert in Odisha.

Since then Odia people made it a custom to celebrate Rasagola Dibas.