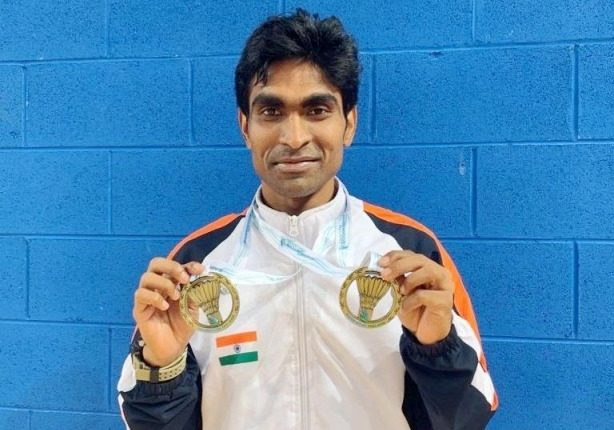 Insight Bureau:   Pramod Bhagat became one of India’s most known and renowned para-athletes over the course of many years of consistency, perseverance, and drive as he continued to win championships and prizes at an alarming rate. In his division in Badminton, the 33-year-old current world no. 1 has defeated some of the finest players in the world.

On Tuesday, three Indian para shuttlers officially qualified for the Paralympics, including world number one Pramod Bhagat (SL3 — standing/lower limb impairment/minor). The event will take place from August 25 until September 5.

From Attabira in Bargarh District to the greatest platform at the Tokyo Paralympics, the gold medallist in para-badminton had quite a trip. He comes from a large family, and being one of six siblings instilled in him a competitive mentality from a young age. He learned talents as a youngster and did not let a polio-related deformity on his leg discourage him from achieving his ambitions.

When he was 13, he witnessed his first badminton match, which changed his life forever. The little kid was captivated by the footwork, fitness levels, and skill levels necessary to play the sport, and he remembered these nooks and minute nuances that made the sport beautiful even after decades work expertise with it.

The following two years were crucial in shaping him into the legend he is today, as he entered the sport with the exclusive goal of honing his abilities and fighting against the greatest. At the age of 15, he competed in his first competition in the regular division. Despite putting up a good fight, he lost, but was inspired to continue in the sport by fans who noticed his abilities and urged him to further them.

As he worked diligently on his game over the following couple of years, the kid accepted the advise of those watching him play in stride. Before switching to para-badminton, he won the district level tournament in the regular category.

When he won silver and gold in the singles and doubles categories at the Asian Para Games in 2009, the ace shuttler proclaimed his presence on the international scene. After his maiden triumph on the international arena, the ace para-shuttler made his presence felt by defeating some of the greatest in the world, there was nothing but continuous progress and more championships to come.