The Indian athlete, on the other hand, said that he threw his first throw quickly because he couldn't find his javelin, which was in the hands of Pakistan's Arshad Nadeem at the moment. 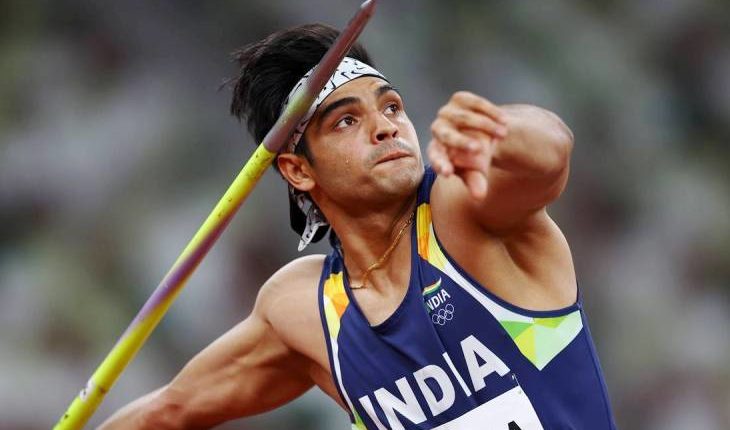 Insight Bureau:  With two of his throws excellent enough to earn the first prize in the men’s javelin final, Neeraj Chopra won the Gold medal in style at the Tokyo Olympics.

The Indian athlete, on the other hand, said that he threw his first throw quickly because he couldn’t find his javelin, which was in the hands of Pakistan’s Arshad Nadeem at the moment. Neeraj posted a video on Twitter on Thursday, claiming that there’s nothing wrong with the Pakistani athlete taking his javelin. Everything happened according to the rules, according to Neeraj, so there’s no need to make a huge deal out of it.

The gold medalist from the Tokyo Olympics took to Twitter to express his displeasure, “I would request everyone to please not use me and my comments as a medium to further your vested interests and propaganda. Sports teaches us to be together and united. I’m extremely disappointed to see some of the reactions from the public on my recent comments.”

A video of the incident had surfaced online, in which Nadeem is seen handing the javelin to Neeraj, who then makes his first throw in a rushed manner yet managed to throw it 87.02 metres.

Neeraj had earlier told Times of India, “I was searching for my javelin at the start of the final (in Olympics). I was not able to find it. Suddenly, I saw Arshad Nadeem was moving around with my javelin. Then I told him, ‘Bhai give this javelin to me, it is my javelin! I have to throw with it’. He gave it back to me. That’s why you must have seen I took my first throw hurried.”

However, this sparked a lot of suspicion on social media about what the Pakistani athlete was doing with an Indian athlete’s javelin. That, too, shortly before the finals.

Many speculated that Nadeem was tampering with the javelin to damage Neeraj’s prospects at the Olympics. Many people were concerned about the javelin being tampered with. Some websites and media houses had started sensationalizing the issue, by twisting Neeraj Chopra’s interview.

Soon after Neeraj won a gold medal in the Olympics, Pakistanis said that although Neeraj received the best training, his Pakistani counterpart received no government assistance.

Srimandir Gurukul from Next Year; Houses for Sevayats