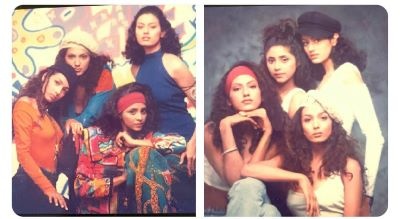 TNI Bureau: Many interesting trends have emerged on Twitter during the lockdown period. The recent one is #MeAt20 which has taken the Social Media by storm.

While millions of people have joined the #MeAt20 trend to post their old pictures when they were 20, here are the tweets of some key personalities from Odisha who are featured here.

#MeAt20
A good #StayHome task..
Looked up my old albums to find these pictures from my first shoot for a magazine with @malaikarorakhan @gautamikapoor1 & @SheetalMallar 😊 pic.twitter.com/wOgGFr3cWn

#MeAt20
The Burla Medical College Ophthalmologist's verdict after a thorough test dashed my dream to wear a Chasma and look intellectual. I pleaded with him that I saw some letters in my Books hazy. He agreed to prescribe an innocuous -0.25. I had won the battle. pic.twitter.com/bNIPPQjTd9

Couldn’t resist the trend. Here’s #MeAt20, thanks to the safe upkeep of the photo in the album of my sis. pic.twitter.com/jBwqugT0uO

#MeAt20
As per Didda"s demand!! Can hardly recognize myself 😂 pic.twitter.com/JsHinkMibm

Here's my #MeAt20 Picture. It was clicked in 1994 ahead of Indian Junior Men's #Hockey 🏑 team's tour to Australia.

This picture is very close to my heart as It was my first foreign tour representing #TeamIndia🇮🇳.#HeartBeatsForHockey pic.twitter.com/pdpI1hw3tc

#MeAt20 at Hauzkhas, New Delhi. It was all friends time, many not in frame.. pic.twitter.com/XwMgM1niwA

#MeAt20 is trending today. I thought of sharing a pic of my Mom at 20. I have been privileged to be a part of a family where in 70s also women were given the freedom to choose their profession and their hobbies. pic.twitter.com/owblgjDx4d

#MeAt20
I was way more stupid than I look. pic.twitter.com/ZirBas9Xhp